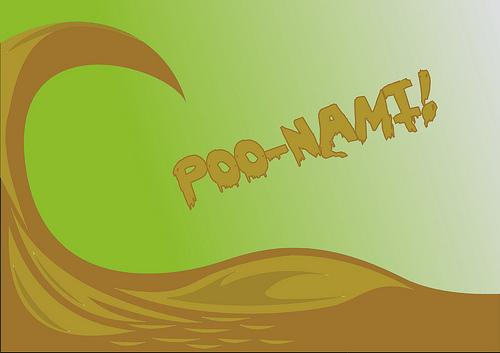 It’s a Constant and Exhausting Tide of Bullshit. That’s Their Plan.

A new “knowledge summary” (a clever way of avoid the use of the word “review”, which it most certainly is not) study in the highly enlightened Veterinary Evidence journal (I would have put Evidence in italics if FB provided the function), entitled “In Dogs, Does Feeding Raw Dietary Treats Reduce or Prevent Periodontal Disease?“, and by “treats” they mean, of course, bones, finds only “weak evidence” in support of the practice. They examined one study of the successful use of Raw Meaty Bones (RMB’s) in cleaning the mouths of two groups of beagles. On the basis of their analysis, the authors urge caution when recommending RMB’s to dogs in general.

Additionally, [vets] should advise clients accordingly by relying on their clinical experience rather than the literature until more and better quality evidence is generated.”

That’s an interesting and deeply confusing line. Most vets have little experience of the safe feeding of RMB’s and are more exposed to the harm, for one. Secondly, this eludes to the fact that the authors are aware they have not addressed the numerous other studies that very strongly support the use of hassle factor via RMB’s in the diet of meat eaters.

In dogs, firmer diets reduce dental calculus (Egelberg 1965) and promote healthier gums (Burwasser and Hill 1939) in dogs. Gray (1923) highlighted how the problem, greater in smaller dogs, was a result of dogs fed soft diets with insufficient dental activity when compared to a normal diet that required “the cutting and tearing of raw flesh, breaking or crunching bones, and using their teeth in ratting and rabbiting etc”. Brown and Park (1968) periodically replaced the moist kibble ration fed to 30 dogs displaying dental calculus and tooth loss with oxtail. Two-thirds of their calculus was removed by 24 hours after the first oxtail feeding; calculus dropped to 5% by end of Week 2. Interestingly the same authors note that oxtails, consisting of hard spinal vertebrae, were fed to over 200 dogs for more than six years and “no harmful effects were observed”.

These studies, on top of the Marx et al. (2016) study investigated by the above authors, which found chewing cortical bone reduced dental calculus by 36% after just 3 days and by 71% after 12 days. Chewing marrow bone reduced dental calculus by 57% after 3 days, and by 82% after 12 days (again, with no complications) are strong indications the thousands of vets that encourage the practice and the millions of owners who engage successfully with the practice, to little harm, starts to sway the reader in favour of at least investigating RMB’s and “hassle factor” in the diet in the general, as a potential mode of teeth-cleaning in dogs (and I’m not being selective here, if I found studies of RMB use in a large group of healthy dogs doing harm, I would have included them).

Despite this, undoubtedly we will see reference to this “knowledge summary” in numerous anti-raw articles in the coming year or two. That’s how it works. Amass lots of these nonsensical works, push to them to the fore and bury the truth under a pile of garbage.

It’s a nearly impossible task for the average, already-overworked and stressed vet, to be the filter. Considering their use of cereal-based pet food for meat eaters, aversion to RMB’s, readiness to boost annually dogs that are already adequately protected for viruses, against the advice of their governing bodies, they appear to be struggling with the task.

Where does that leave the average dog owner? The above authors open the study by setting the scene as follows…

You are asked by a client for advice on improving the dental health of their dog after they read on the internet.

The patronisation is palpable.

Of course, the internet is far from ideal, it’s full of confusing, unsupported nonsense, but so is the average vet, at least on the subject of optimum nutrition. With All About Dog Food in the UK recently reporting that nearly half their users are now including raw meat in their dog’s diet, it seems the public is favouring the former, to the great benefit of the animals in their charge. Then there is the Raw Feeding Veterinary Society which has a useful and growing knowledge section (you can find it on the “internet” )

Scientists are no longer paid to be correct…they are paid to produce studies
Horton 2015, Lancet Editor-in-Chief

Here’s how to feed raw meaty bones safely folks. They are not only important to keep your dogs’ teeth clean but are positively vital nutrition.

Studies used available on request. I have found them after years of foraging and much of the above is in my forthcoming book, hence my reluctance to disclose all the goodies in advance. It’s currently in review and I expect it to be ready early 2019.