Colostrum for dogs, a serious immune booster and gut healer 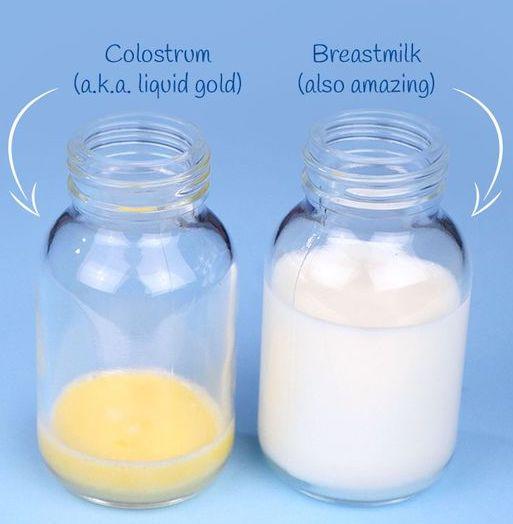 Colostrum for dogs, a serious immune booster and gut healer… 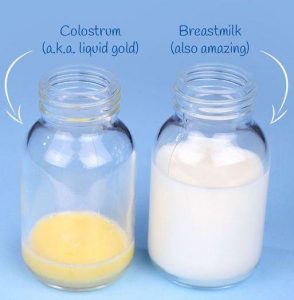 Colostrum is the sort of pre-milk that is produced by all mammals immediately after birth. It supplies the infant with everything they need and not only in terms of nutrition to grow big and strong. But it far more complex than just vitamins, minerals, proteins and fats. It is a complex biological fluid, which helps prime the immune system of the newborn that appear into the world almost entirely without active immunity. Colostrum contains a plethora of special adaptogenic properties such as antibodies (A, D E, G and M), natural antimicrobials, growth factors (including Epithelial Growth Factor, lymphokines, lysozyme, cytokines, trypsin and protease inhibitors), Proline-Rich Polypeptide (a hormone that acts on the thymus gland which stimulates an under-active immune system) and dizzying array of immune factors, such as lactoferrin, not to mention the fact colostrum also contains a whole host of beneficial bacteria, all of which together help build and charge the newborns system, ultimately building a stronger, more robust and healthier infant. It’s these vital components that powdered baby milk cannot replicate.

While all mammals produce colostrum, including humans and dogs, immediately after giving birth, when we talk of colostrum today we are talking about bovine colostrum, obviously as it’s the only one commercially available, though I have found a goat-milk based one also (see below). Thankfully, not only can we eat it but we can gain a vast array of benefits if we do.

Benefits of Colostrum for dogs

Taking colostrum is one of the best ways to boost their gut health. It does this by increasing the amount of immunoglobulin protein sIgA (secretory IgA) levels in the body and this has been linked to the improvement of chronic intestinal problems including IBS, ulcerative colitis, Crohn’s disease and Candidiasis. It will help to balance the immune system, reduce inflammation in your intestines and even repair damage committed by the gut issues mentioned previously. In this way, colostrum is most popularly and successfully used to treat leaky gut damage (Godhia and Patel 2013), helping to repair the intestinal lining, getting their gut and thus overall health back on track.

Bovine colostrum, a raw material for immune milk preparations, can be used to treat or prevent infections of the gastrointestinal tract. It is possible that colostral preparations aimed at specific consumers may play a significant role in healthcare in the future. Studies have shown that colostrum is the only natural source of two major growth factors namely, transforming growth factors alpha and beta, and insulin-like growth factors 1 and 2. These growth factors…have multiple regenerative effects that extend to all structural body cells, such as the gut.

In fact, there are rumoured to be more than 7000 studies out there today demonstrating colostrum’s positive effects on their guts and immune systems. Colostrum is thus expected to be effective in the treatment of the following

Where to buy colostrum

[/geot]
There is a range of bovine colostrum supplements for sale on the market. They need to be freeze dried.  After a review of what’s out there, the best I can find (and at the best price) is probably the Reflex Nutrition Colostrum, available on Amazon.co.uk.. At only £9.64 for 100 capsules it’s one of the cheapest out there but seems to be offering the same as the rest of the. It has 22 reviews with a 4.3 star rating. It is freeze dried and contains 35%-40% immunoglobulins. Think of it like concentrated milk, you can’t overdose on it, per se. Humans are advised to consume 1-3 capsules 2-4 times a day thus a dose of 1 capsule per 20kg of dog 3 times a day would be more than fine. For toy breeds, you might pop open a cap and divide, or not.

I was snooping through the reviews of the product and the very first review is from a dog owner whose pet was suffering from a fungal infection (can’t believe it worked for that too!)…

My dog was diagnosed with Aspergillosis few months ago and he was really bad. The vets wanted to perform quite invasive and expensive (£4k+) operation on him. I have done many hours of research and found info about Colostrum being used in few cases to cure dogs. After 3-4 weeks of giving my dog triple of recommended dosage of colostrum he was completely cured.I still cannot believe but this product saved my dog. I am usually very skeptic about alternative treatments but I thought I will give it a go and I think I will take bigger interest in diet supplements, especially colostrum.

For any pet suffering a beef allergy there is also goat colostrum tablets on Amazon. They come in a lot pricier but thems the breaks. Basis Goat Colostrum is one of two out there, no reviews yet.