So, this is how Duds walks now, 8 months post op. He’s looking lean and his gait is pretty good, but there is work to be done on his hind muscle mass. On that note, I have an idea…

Just to remind you of the background, Duds had his back operation back in September 2017. He had two discs fused after rupturing them following a relatively innocuous incident. He had jumped off his chair in the kitchen initially and had clearly hurt his back. Following an examination, anti-inflammatories were prescribed and he seemed to instantly recover but this meant the disc rupture was missed. This lack of awareness lead to a lack of appropriate care / action and some rough and tumble with a golden retriever a year later finished the job. His problems are related to a genetic propensity for the issue, something the breeder has been informed about and which I’m absolutely positive he will do nothing about in terms of future breeding from said dog or bitch.

Should you have missed them the first time, the following videos sum up the next few months recovering from the job, in case any of you find yourself in the same boat.

Dog in a Box Week 2 Summary of Improvement!

Where we are now and what I plan to do…

By all accounts Duds had a miraculous recovery, the best anyone had seen that was involved in the process. I put this down to a good surgeon (thanks Noah Vets, Baldoyle), a great diet (fresh meat and bone, full of fresh protein, viamins and minerals and easy to absorb chondroitin etc), the best supplements (CBD is proven to aid the bone-healing recovery process and undoubtedly the damaged nerves also), the best care (including homeopathic treatments from Holistic Vet Dublin and Mairead of PetCare in Greystones) and the best therapy including physiotherapy with the wonderful Maria in UCD and, imo, the most vital link in the chain, hydrotherapy with Naoimi and her crew in The Canine Centre, Dundrum, Dublin. He is now very lean (ideal, takes stress off joints) but all muscle, something he now needs a lot more of, particularly the hind legs.

While we only have him back to 70-80% fit, he is still doing better than any other dog whom I’ve met that has gone through the same job. So we’re lucky there. However, it’s fair to say his progress the last few months has stalled. The whole process has not been helped by the fact that I had knee surgery on my knee the end of last year and the birth of my daughter Holly the end of January. He is left with a slightly weakened back end. His gait is slightly off, a result of one side being a tiny bit better than the other, he then favours that leg and it gives him a slight roach in his back, bending off to the left (as he prefers to use his more powerful hind right which now has an extra 1cm of muscle on it). If not rectified, over time this will create greater pressure on the remaining joints, something you need to avoid.

I recently went away for a break and left Dudley in Naoimi’s care. She took it upon herself, unbelievably, to give Dudley hydrotherapy every day for 14 days to see what it could do. The difference in him folks, is remarkable. When he saw me after the break he did a little excited jump, something I haven’t seen in nearly a year. Moreover he now finds stairs absolutely no problem. He trots up and down them. Naoimi put an extra 1cm of muscle on both his hind legs in my short absence. This will pay massive dividends for Dudley down the road. I’m very indebted to the Canine Centre and wanted to say thank you. 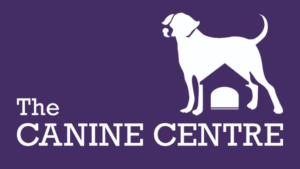 Encouraged by this latest improvement and act of kindness, I now am going to focus on Dudley as much as I can for the next 3 months to see if I can get him back to as close to 100% as I can. This will involve lots of controlled exercises which are designed to get his gait right and build muscle. 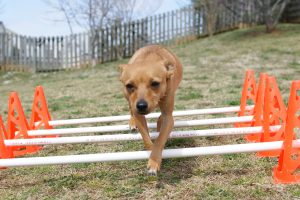 One think that is leaping to mind is his lack of testicles and thus testosterone. As you all know I’m not a believe in neutering for neutering sake and absolutely would not have done it to Dudley except he had a trapped testicle which is a concern. At the time (14mths old, so more than three years ago) nobody in Ireland was conducting gonadal-sparing techniques as I wanted to save the one that had descended. But at the time it was both off or nothing. On advice from everyone, that’s what I did when he was mature. I had a nagging feeling thereafter, researched neutering to the nth degree and produced what is my successful article to date, with more than 25,000 shares on Facebook. In very short, he needs that testicle now to produce androgens which studies show not only promote better bone healing but testosterone is vital to the putting-muscle-down bit of his recovery. Thus, rehabbing a dog with no gonads and trying to build up muscle will be a much trickier thing to do in a dog lacking the appropriate mechanisms. It also draws attention to the fact that not only does neutering increase the risk of growth deformities such as hip dysplasia but it will interfere with the dog’s ability to put down muscle around that joint to support the slipping structure (something I am now doing to support my knee).

That is why I am now researching hormone, particularly testosterone, therapy for Dudley. I know what his muscle growth has been to date with the best care. Now what will happen when I replace some of the lost hormones and do the same work? I’m genuinely excited about the prospect and will keep you posted on his progress.