Fasting in dogs, is it a good idea? You betcha. But don’t worry, there are some very easy ways to do it…

During your perusal of the forums you have no doubt encountered the recent trend of fasting in dogs. If like me, the sheer thought of their little face, sitting forlornly beside their food bowl, was enough for you to mentally switch off from finding out more about the practice, I understand. I’ve been there. But what if I told you fasting has some really good science behind it? Most of us are giving our adult dogs two meals a day but simply moving to one meal a day could bestow some serious health points.

I’m Dr Conor Brady, a canine nutrition specialist. If you need specialised attention you can book me for a consultation.

How fasting in dogs might be good for them

In a nutshell, digesting food is hard work. It takes a lot of energy. This is why you fall asleep after you stuff you face at Christmas. All spare energy is drained from the mainframe and directed to the gut to get the meal digested and absorbed. It’s thought that if you don’t eat for a bit, the body will have more energy available to do other things such as repair, toxin removal and general regeneration. Basic housekeeping really. That’s the crux of it and the science (albeit largely in rodents and humans) is strongly in support.

A fascinating study in mice revealed that if you starve mice every other day but allow them to feed ad lib in the days in between, they are not only healthier but live longer. The researchers weren’t quite sure what to believe. They then injected both the starving and non-starving groups of mice with a toxin known to affect the brain cells and discovered when later assessed that the fasting mice suffered less damage to their brains!

And it might not necessarily as rigorous as fasting every other day before benefits are seen. Another study, again in mice, reveals that feeding them in line with their diurnal rhythm has positive net effects on their general health. This too makes sense. Fasting, at least the idea of feast and famine, is a very natural part of the process for all animals, though not so much humans anymore. Your internal computer has adapted to this and has developed mechanisms to switch off the apps it’s not using and instead divert it’s power to things it can do while eating is not top of the list. This would naturally be nighttime when we’re at rest and possibly midday when we’re supposed to be lying around relaxing! Eating is for dawn and dusk.

Energy and general replenishment aside, with fasting in dogs there is a toxin-removal process that is thought to occur. For day to day running, the body can avail of two fuel sources – glucose, which is favoured in times of plenty or ketones (from fat) in times of scarcity. You hear this all the time in the gym, you want to go hungry for a while (so all the available glucose is used up) so you work out in a state of ketosis (the process of burning fat) to shed some of those unwanted pounds.

Ebbing of unwanted love-handles aside, it so happens that all the excess toxic bits you consume, inhale and generally produce through metabolic reactions, that are not excreted in your wee, poo and sweat, is stored in your fat cells. That’s where it lives. So when you burn these fat cells for fuel, you are helping the body purge itself of the nasty gunk it was holding on to. Thus allowing the body to naturally burn ketones has proven to be an excellent healing strategy. Top doctors are now recommending fasting as one of the healthiest (and cheapest!) things we can do for our health. In fact, the burning of ketones for its amazing healthy benefits is actually why the world leader in canine cancer recover, KetoPet Sanctuary, is so called. Read more about cancer in dogs here.

The body is constantly generating new cells and killing off old ones. It’s a process that needs constant attention. But even within the cell itself the process is constantly occurring as organelles break down and new ones formed. Autophagy is essentially the process of cellular cleansing. It is a word that derives from the Greek auto (self) and phagein (to eat). So the word literally means to eat oneself. In 2016, Yoshinori Ohsumi won the Nobel Prize in medicine for discovering autophagy is switched on via nutrient deprivation. During this time, macrophage activity increases. Macrophages engulf and destroy bacteria, viruses and other foreign substances but they also ingest worn-out or abnormal body cells.

It’s one of the reasons you and almost every other animal on the planet is averse to eating when you’re sick, energy is needed at the front lines so the body turns off the hunger sensors.

When animals are infected, they stop eating, and they switch to a fasting metabolic mode
Ruslan Medzhitov, Yale University 2016

Medzhitov was speaking to the college radio station following the publication of his research. He investigated the old wives tale which postulates “feed a cold, starve a fever”. Turns out there’s something to it. The difference is down to whether you have a virus (cold) or a bacterial infection (fever). It seems in humans while we stop eating when infected either, we get back to eating quicker if it’s a virus. To investigate this, he injected mice with either a bacterial or viral infection and divided the mice into eating or fasting groups. Mice that ate with viral infections recovered faster. When they did their science thing and convinced the mice to eat with a bacterial infection they all died.

5. Fasting is possibly anti-inflammatory for dogs

When you fast the level of insulin in your blood falls and this is a good thing as insulin, vital as it is as a transporter of sugar to cells, is a pro-inflammatory hormone. If you are always nibbling, you keep a constant amount of insulin in your blood, increasing systemic inflammation and possibly reducing your insulin sensitivity over time. Fasting gives the immune system a break from this activity for awhile, freeing it up to do more productive things.

7. Numerous other benefits of fasting…

The internet is now rife with literally dozens of very solid articles on the subject of fasting. You will find a plethora of studies on Google Scholar that document the benefits of this practice in humans, including:

So yeah, safe to say there’s probably something to fasting in dogs!

How to conduct fasting in dogs

There is always the problem that it would be so hard looking at him sitting beside his food bowl. Of course it would, particularly if you’re eating his dinner. But he would get used to it and it could be very, very good for him. In fact, the conundrum may be if you don’t fast him he will, in fact, live for a shorter time!

It’s important to note here we are not talking about starvation. In fact, dogs are remarkably capable at going very, very long times without food. Back in the day when they could do horrific tests on dogs for the fun of it, scientists have on record dogs going more than 100 days without food, given adequate access to water etc. So don’t worry, neither you nor your healthy adult dog will die for want of food over the course of the day. 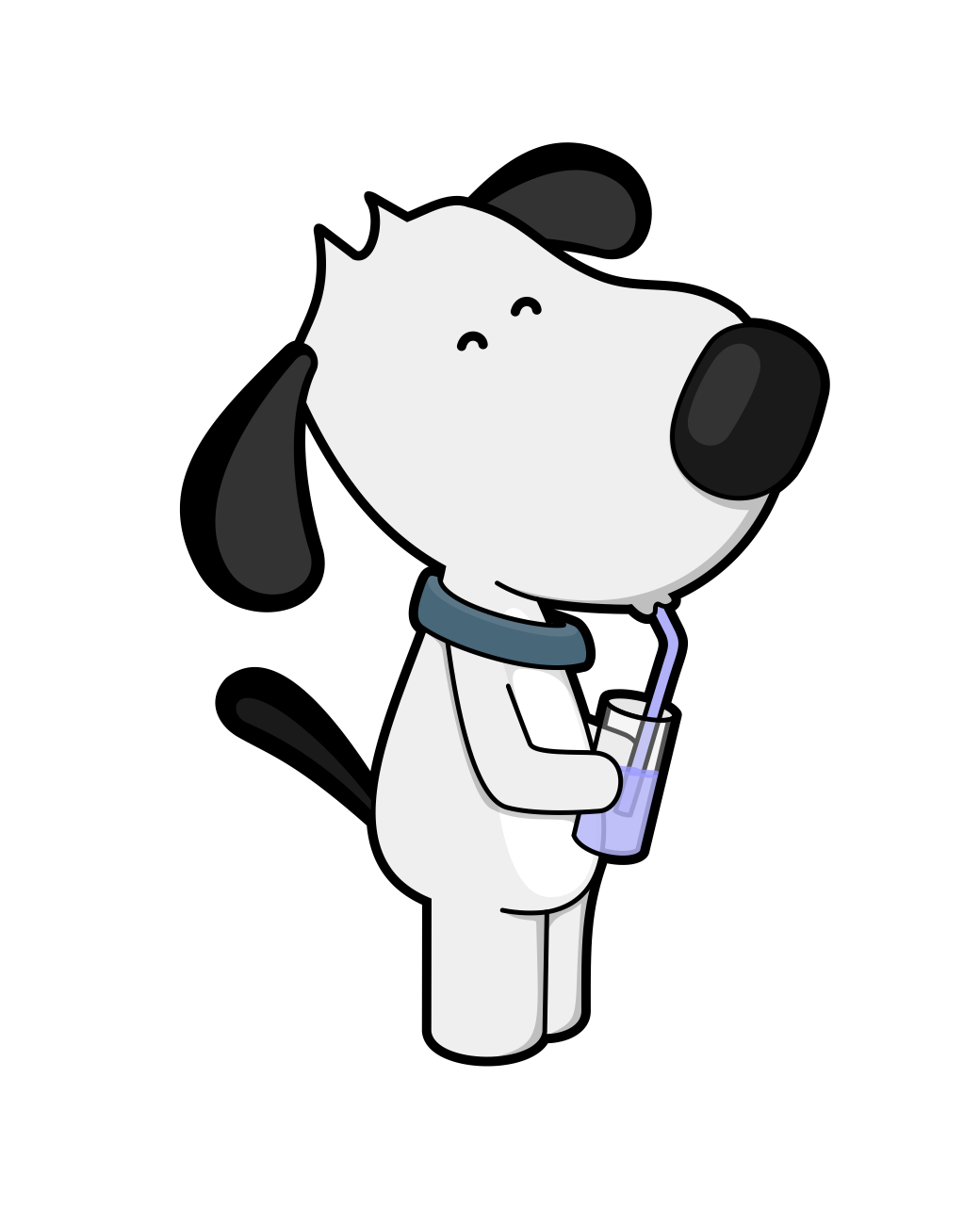 There are two ways to fast (you or them). One is the old-school whole day fast (two days in humans is even better. I did it a few times and you can taste the fruity ketones after 24hrs. Burn baby burn!). In this case, quite simply, your dog won’t get fed one day a week though he has full access to limitless fresh water. But he doesn’t lose this food entirely. If your dog eats 1kg of fresh, biologically appropriate raw dog food each day currently, then you would simply up their daily feed to 1.1kg for 5 days and then perhaps give them 1.25kg either side of the fasting day. In this way your dog is still getting everything he needs, you just displaced it a little to allow the fast to do its thing. And no it doesn’t matter the size or breed of dog, they’re all the same on the inside.

The other way is even easier! Called intermittent fasting, it means giving your dog his food once a day (meaning he goes a long period without food) or giving him two meals but they must be within 6-8 hours of each other (which means he will still go 16-18hrs without food, which is the magic number, apparently).

Tip: Don’t just cut his food out suddenly one day. Let’s say you want to go from one two meals to one for awhile. I would reduce the size of morning meal over time (best to give one meal a day in the evening, your liver works best at night for some reason!).

When fasting in dogs is a bad idea…

Please don’t fast pups, dogs with diabetes, bitches in whelp or overweight cats (who can get fatty liver disease as a result).

The correct way to slim dogs

How to feed your dogs fresh food

A ZOOPHARMACOGNOSY EXPERIMENT… ON ME 🤪