Allergies in dogs is a very big and relatively new subject. What’s more, the list of dog allergy symptoms can make you dizzy. Unfortunately, this can make the whole subject very confusing…in someone else’s hands!

In short, an actual allergy is quite rare, think of a man on his hands and knees gasping for breath after eating a peanut that he has a food allergy to. Thankfully, this sudden and highly dangerous allergic reaction is rare in the general population, less than 1% (humans and dogs). However, a food sensitivity or intolerance is a different animal. It’s not as severe. It’s slower to act, more chronic, building over time, and it’s very likely why you’re on this page.

Huge amounts of dogs are displaying food sensitivities today but as it’s a relatively new science, knowledge of its true reach and implications are in the dark ages. 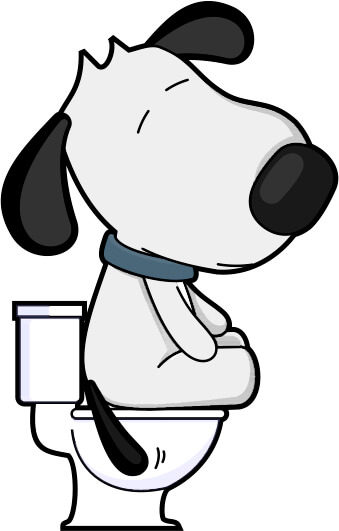 Other Issues Resulting from a Food Sensitivity

Is Your Dry-Fed Dog Another Victim of Food Sensitivity?

The first is your dog’s symptoms began whilst on dry food, if he is not still eating it. At that time your dry food of choice was likely wheat based and you have since tried every dry food imaginable, maybe even some of the “hypoallergenic types” but to no avail after a few.

The second thing is that your dog is very likely (more than 90% of displaying symptoms of a food sensitivity.

The third thing I can say with a high degree of confidence is that we can most certainly help you. Read on…

Why is Your Magic, Grossly Over-Priced Veterinary Dry Food no Longer Working?

When single protein diets were offered to 40 dogs with suffering food sensitivity, it was found that 95% could be maintained free of pruritus on one of the diets, although 48–85% relapsed soon after (Leistra et al. 2001). So it nearly always starts well. The problem is, asides the fact the “meat” used in these dry foods is still cooked and therefore possibly antigenic due to Maillard reactions, as well as the fact they contain no fresh fast like omega 3’s which work to redice inflammation, as well as being high in carbs (sugar is inflammatory) and high in chemicals (the second most likely reason your dog will react to his food), the biggest problems these products have is contamination. Ricci et al. (2013) analysed 12 of the most popular single protein and hypoallergenic, veterinary-recommended dry foods for atopy and allergy and discovered that 10 of the 12 foods were contaminated with one or more potentially allergenic proteins or fats not listed on their labels, with gluten being the chief offender. Nor is this a once off with these sorts of diets. Numerous authors have noted the protein contamination of popular dry foods commonly used in dietary elimination trials by vets (Raditic et al. 2011, Willis-Mahn et al. 2014, Horvath-Ungerboeck et al. 2017). Raditic et al. (2011) detected the presence of soy protein in 3/4 products and beef protein in another, when both product labels explicitly stated these proteins were absent. Later, Willis-Mahn et al. (2014) detected soy protein in 3/4 ‘over the counter’ diets and 4/7 veterinary diets which claimed ‘no soy’ on the label. Not that soy is the most common antigen of dogs, which explains why these products work in many dogs, at least for a short time. For all these reasons, these products are not found to be effective for recurring gastrointestinal upset, helping only 50-60% of dogs (Allenspach et al. 2016, Volkmann et al. 2017).

(All references available on request).

I must add at this point, a recent study of Royal Canin’s hydrolysed diet (made from modified chicken feathers and corn starch) was found to contain no such adulteration (Lesponne et al. 2018). It remains the only dry food I would recommend for a dog with atopy and then only if the client is struggling to get to the root of an issue using real food ingredients and only in the very short term, as it can work.