How can a dog have too much protein when they are protein eating machines?!

For a human to over dose on protein they would want to be consuming a diet of pure protein (chicken breast say) with no fat or carbs – which is rare to the point of being ridiculous. In fact, a quick google search reveals the number of omnivorous humans who have had “too much protein” can be counted on one hand – it is usually body builders. Nor do we humans concern ourselves with “the right amount of protein”.

I mean, do you even know your RDA of protein? How much did you give the kids last week? You don’t know as it’s not particularly relevant to good nutrition. You focus on whole food groups and do your best. The very same applies to dogs. So how did it come about that some folk ask “can dogs have too much protein”?

The very same applies to dogs. So how did it come about that some folk ask “can dogs have too much protein”?

Dogs are carnivores and when left to their own devices they are proven to consume a diet that primarily consists of other animals. A study of 13,000 dead domestic dog, dingoes and hybrids, found their stomachs contained 98% animal matter. Pretty conclusive. Moreover, we know that dogs benefit greatly from a biologically appropriate raw food diet. 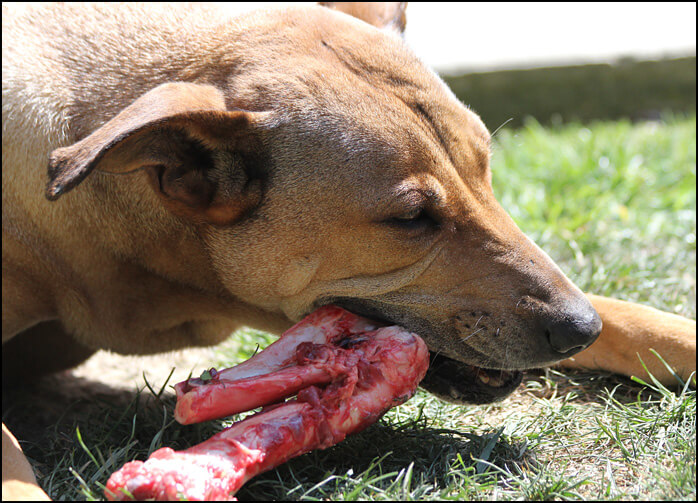 Animals are made up of protein and fat. Let’s say the average baby rabbit or rat is roughly 70% protein and 30% fat. That is the protein content of the average dog meal. So dogs are great with protein. In fact has been shown in studies that dogs, with their kidney function artificially reduced to 25%, down to as low as 10% normal function, thrive on high protein diets. It follows that they cannot easily have “too much protein” any more than they can have “too much meat” unless you are just feeding them plain chicken breasts for months, in which case you really need to a refresher course on making raw dog food. 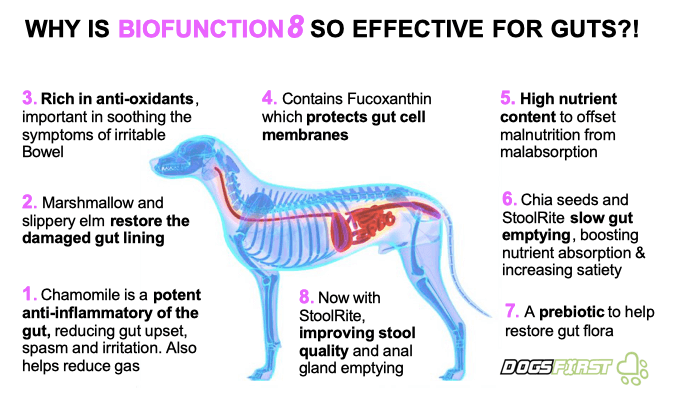 Somewhere along the line the protein content of dry dog food plummeted to the new low of 18-22% for adults and pups. This protein content is actually the MINIMUM LEGALLY PERMITTED (see below) to be used in a food and for it to be called “dog food”. Not the optimum. Why so close to the line? Because protein is expensive, certainly meat, so a few decades ago dry food companies started putting out there that protein was at fault for a number of issues and that carbs such as wheat and corn, happen to be cheapest food stuffs on the planet, might be a decent filler (and now makes up 50% of dry food….for a carnivore). 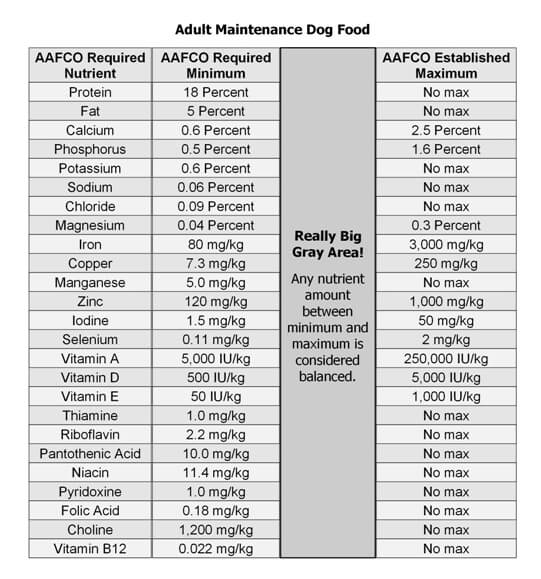 There has never been a dog diagnosed with having consumed too much protein. Too much of the wrong protein perhaps, but that’s a quality issue, not quantity. This is an important point. Cooked protein is poor quality protein. Fresh meat is superior to cooked meat in every way, certainly from a nutritional and digestibility point of view. That’s why we’re told not to eat too much of it.

Cooked protein is certainly poor quality for a carnivore who is designed to eat and process raw meat. The token “meat” addition that goes into these dry food products are more often than not the spurious leftovers and by-products from numerous suppliers, often chemically denatured by slaughterhouses to prevent them re-entering the human food chain, boiled up in a big vat with dead animals, leftover restaurant grease and various other items that are actually permitted to be used in the protein soup. 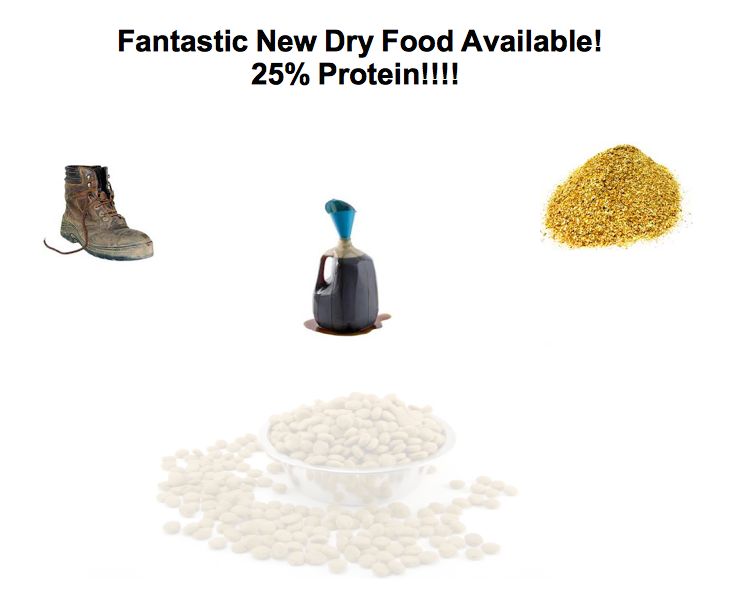 Think about it, if I offered you a great new dry food, only €1/kg, would you buy it? What if I told you I made it on old leather boots (protein), some used engine oil (fat) and sawdust from a pig factory floor?!!

Then all this gunk is cooked at a high temperature. Cooking denatures the protein, making it harder to digest. Think of an over-cooked piece of steak. Fragments of it hang around the gut, and, the immune system does not like weird proteins hanging around the gut. After a period, dogs are proven to sensitise to these foreign strands, this can take anything from 6 – 18 months of eating the same poor quality protein. And you wonder why we’re seeing so much food allergy in dogs?!

Once the immune system is angered the result is always inflammation somewhere in the patient and it is this inflammation that causes the problems. Inflammation itself is simply the increased blood flow to an affected area (in this case the gut). The blood carries all the immune system soldiers. If the inflammation is in the gut you might get a little diarrhoea. Though occurring in the gut, inflammation from food intolerance can also appear on the skin (red rash, pustules, commonly diagnosed as “atopic dermatitis”) or between the toes or in the ears.

Processed meat is responsible for a huge array of gastrointestinal illness and cancers in humans. While we are advised to go easy on it, carnivorous dogs are forced to live on it. This goes some way to explaining how beef and chicken are the number two and three allergens in dogs today. A bit like a cow being allergic to grass.

Feed them a variety of fresh meats

Sticking to just one food source is the route to nutritional deficiency and illness. Like us, dog’s cannot thrive on one particular food alone, they need a variety of items to cover their nutritional bases. They cannot be fed tripe every day, a scavenging carnivore needs a range of food sources to get everything they need. It would be like humans just eating one type of vegetable, likewise, we need to vary our food sources to cover our nutritional needs.

For a dog this entails plenty of different meats, organs, cartilage and bone. Eyes and spleen and adrenal glands. Skin and likely a bit of hair. Cut these out and bits the dog needs to build and maintain his own organs and conduct a normal digestive process are being cut out too. This is how canine nutrition works.