Have a dog not Eating his food?! No Problem and There’s Definitely no Need to Starve him…

Back in the bad old days when we just fed dogs the same stale, boring, tasteless, chemical riddled and outright gank dry food every day and the dog would tell us he would rather starve than eat it, we would be told to do exactly that. He’ll eat it when he’s hungry enough. Can you believe that we would do that to our dogs? Imagine doing that with your kids. Your dog is not eating dry food because it is a terrible food substrate.

Also if you find yourself having to feed him from your hand you know you’ve gone wrong somewhere. Dogs do not need this. It’s incredible how well they can train us. You’re going into a behavioural issue at this point and less of a diet thing.

When switching to raw dog food the best advice is to do it slowly, a teaspoon of a good raw dog food product mixed well into one dry meal one meal, two the next, etc. More on introducing fresh food to your dog here.

This works for the majority of dry fed dogs. However some might need a little more convincing. Dogs, and particularly cats, like humans can get a bit fixated on high salt, processed food and may take a bit of convincing. 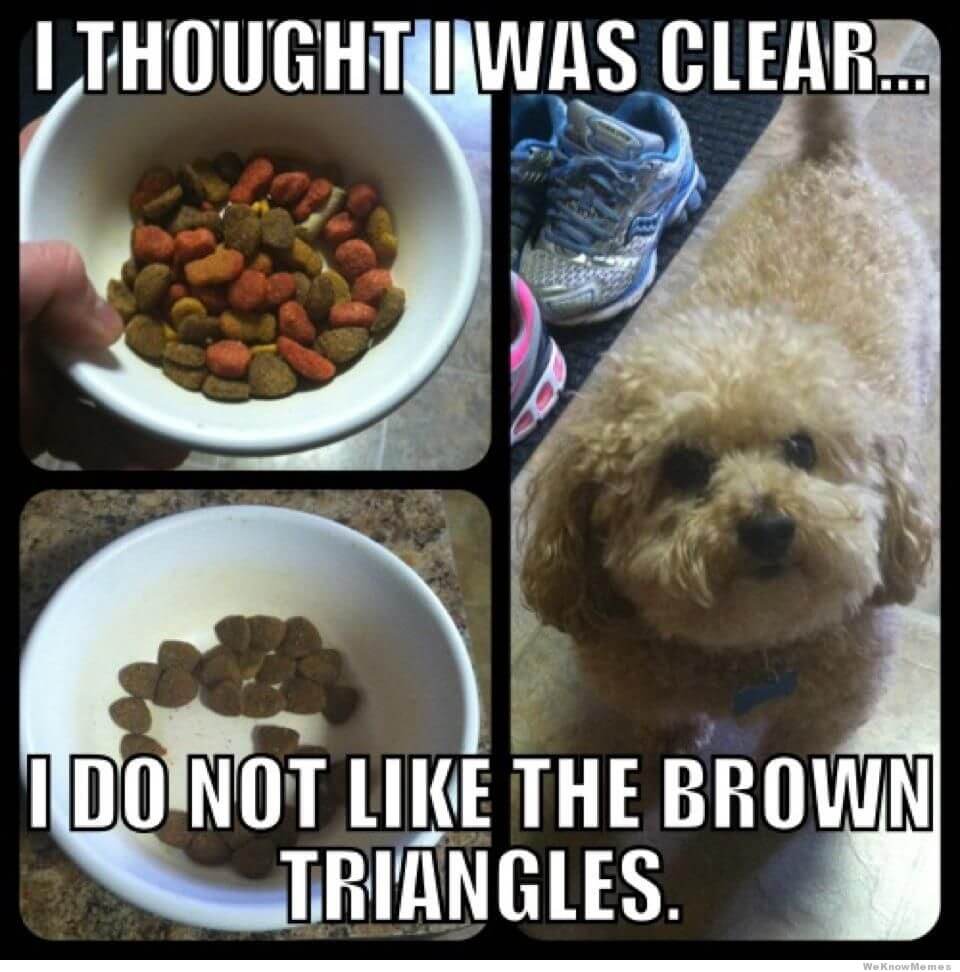 Did you do it Really Slowly?

The first mistake made is often you made the move too quick. If presented with a whole bowl of raw meat newbies may be a bit daunted. Remember, the first time you order calamari they don’t show you the squid!

To avoid dogs being picky, introduce the new feed very slowly. If they are known for being picky, then go even slower – for example, half a teaspoon of raw mince into a mug and top it up with hot water then pour this light gravy over the food he normally likes, like mash potato and cooked beef mince! Who doesn’t like that?! Then over time you build up the amount of raw and lessen the amount of the other stuff!

Try Make up a Little Patty and Cooking it Both Sides…

Or you could make meat patty out of the raw mix and stick it on the pan for a set amount of time, lets say 2mins each side then cook it slightly less and less over time! Maybe even, shock horror, a sprinkle of salt, dog’s love it. Nobody says no to a cooked and salted beef pattie! Over time it gets rawer with less salt until a week later he’s stuffing it into him raw, the way nature intended.