There has been a variety of raw dog food recalls in the past. In 2011, one of Australia’s biggest raw dog food producers, V.I.P. PetFood, was caught using dangerously high amounts of sulfur dioxide in their products, 435 times the level claimed on the packet. Used as a preservative, most often of dried fruits and processed meats, the high inclusion rate here would not only harm from a sulfur content point of view but would also destroy the vitamin B (thiamine) in their food, which is going to catch up with and certainly harm your dog over time. 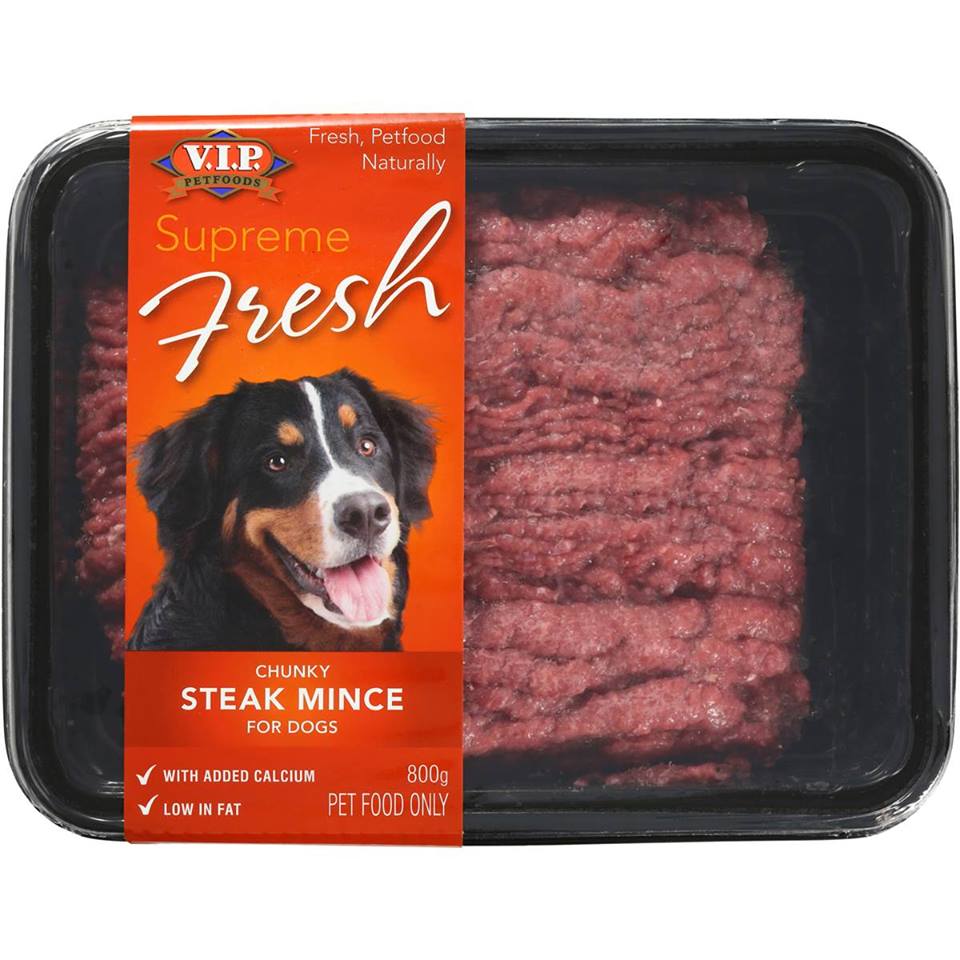 Why include so much preservative? Well, and this is just my opinion and not necessarily this case, you might use a lot more preservative if your ingredients were harbouring a lot of baddies. The fact remains, our meat factories are churning out meats with questionable bacterial readings all the time. Around 5% of chicken on UK shelves harbours Salmonella. If you are grinding meat up from these factories you need to be extra vigilant of the ingredients coming in. It’s exhausting. The bigger producers can say “if we detect you pay for it” but this option is rarely available to the smaller guys, they simply won’t deal with you. So detecting baddies is not only costly to patrol but extremely costly to dump or, worst still, recall, which is a common occurrence in the meat sector. Hence, some companies might be tempted to turn a blind eye.

Thankfully, many of the top companies are rigorously testing both their ingredients and finished product for bacterial contamination but still it going to happen. Just last week, there was a pretty major recall by the Raw Factory in Scotland for possible Salmonella in tripe and / or pork based products.

Nor are these guys alone. It’s fair to say the dry food world is obsessed with pushing the “hazardous microbiology” point home to clients thinking about raw dog food. As the dry food companies are also our pet food regulators, it means regulation is coming down hard on raw dog food companies and of late the sector has seen a steep rise in recalls. The piece below is taken from the Pet Food Industry online magazine (the mouthpiece of the dry food sector). I put the word sadly in brackets myself, for effect!

Sadly, there have been a rash of pet food recalls in the US recently, and it’s probably not lost on anyone that, aside from J.M. Smucker’s Gravy Train dog food, most of the products recalled have been raw pet foods. This is certainly not a new phenomenon; it’s happened in previous years since the Food Safety Modernization Act (FSMA) was signed into law in 2011, and the Food and Drug Administration (FDA) has made no secret of its view on the safety of raw pet foods, issuing several documents and warning statements over the years.

This means raw companies really need to be on their toes, which is good news for all of us. This is just what I’m hearing and seeing. Of course, this approach conveniently takes the attention away from their own products of choice which independent analysis clearly shows is positively riddled with hazardous microbiology too, but who wants to bring balance and common sense into the debate?!

There are two ways to look at recalls, and it’s the same with how we view the horse meat scandal in the Europe meat chain some years ago. First noticed in Ireland, folk in the know knew it was endemic in all countries but Ireland got it in the neck for some time before other countries too began running their own tests. All sorts of meats and fillers were being used in all sorts of products. When a pet food is recalled voluntarily, that’s generally a good thing. You’d like to think their practices detected an issue and they immediately held their hand up, which is scary as it’s so damaging to the business from a perception point of view. It’s worse when they’re made do it, why didn’t they detect the issue?! So I for one, am not surprised it happens, as, again, the meat chain suffers a small percentage of nasties. Poo happens.

What’s interesting is the difference between raw and dry food recalls though is that when raw is recalled you are talking a tonne or two. When dry is recalled, you are talking millions on tonnes. Check out this fantastic article by Susan Thixton that clearly highlights this point.

Hence, when you’re putting out millions of tonnes, it’s significantly less acceptable that you somehow missed an issue.

At any rate, there are a few ways a dodgy raw producer might get his bacterial content down, many of which are legal. There is the sulfur dioxide method as above (illegal) but there is also a “natural” preservative which kills bacteria out there that is NOT REQUIRED to be on the label of the product (legal). The name eludes me at the mo but the fact remain, when you chemical preserve you surely and immediately exit the “raw dog food” circle. You do not want anti-life hitting the guts of your dog (guts that house beneficial bacteria). The new one I’m hearing about it adjusting the pH of the product to kill the bacteria (also legal). Then your dog lives on this new acidic diet each day, to what end is unknown. There is also pasteurisation and high pressure but as this changes the structure and look of the products they invariably have to tell you they denatured it on the label. And these are just the ones I know, I’m sure there are many more tricks.

If you want to check if your product has been treated, your best line of defence is your nose. Stick your nose in to your meat product of choice, you will always smell the inclusions they use. It will smell unnatural. Meat should smell of meat, and that’s all.

So please use this as a reminder guys. Just because raw producers are on the right side of the nutritional debate doesn’t make them angels. There are a huge amount of raw licenses out there, some held by well-meaning doggie folk, no doubt, others held by solicitors, farmers, bankers, shareholders, folk that are most certainly in it for the money. There are two ways to make money when selling food products – sell more or make it cheaper. Sadly, too many companies repeatedly demonstrate they will quickly and happily resort to the latter.