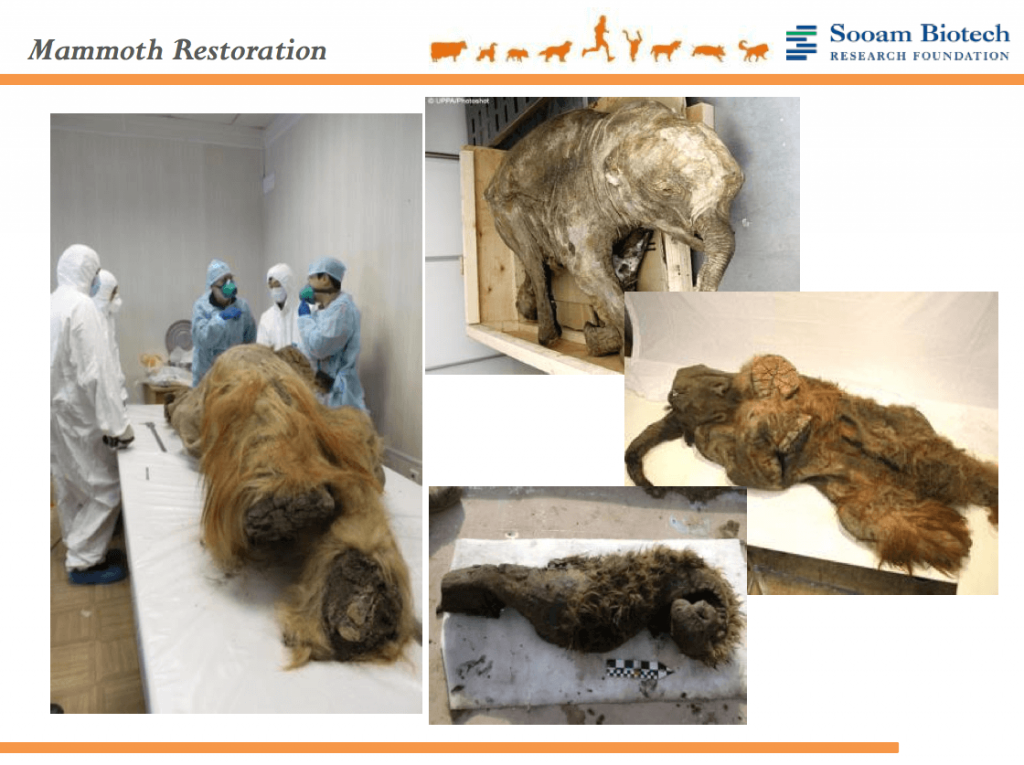 Welcome to the Clone Factory…

Our fourth installation of the top 5 most interesting studies to come out on dogs in 2016, this one is about cloning and involves laboratories that are putting out 500 new animals a week, wolves born to dogs and an opportunity to resurrect the dead!

In an effort to save the dwindling populations of Ethiopian wolf (only 500 of them left) a lab in Korea, Sooam Biotech, is cloning wolves. This is possibly a good thing, in that their intentions could be seen as noble, and will certainly make for interesting debate. Sooam Biotech hopes to preserve the now decimated gene pools by cryogenically banking samples of as many individual wolves as possible. If an animal dies in the wild, Sooam could thaw its stored cells, create clones and re-introduce them into the wild. Sci-fi stuff!

Even more interesting is that these Ethiopian wolves many not be born of an Ethiopian wolf mother but of a domestic dog.

In principle, domestic dogs can become surrogates to any canid, but in reality the success rate will vary. It depends, species by species, on how closely related they are to the dog

The team has attempted to clone the African wild dog this way and while tests resulted in successful impregnations there were no successful births. 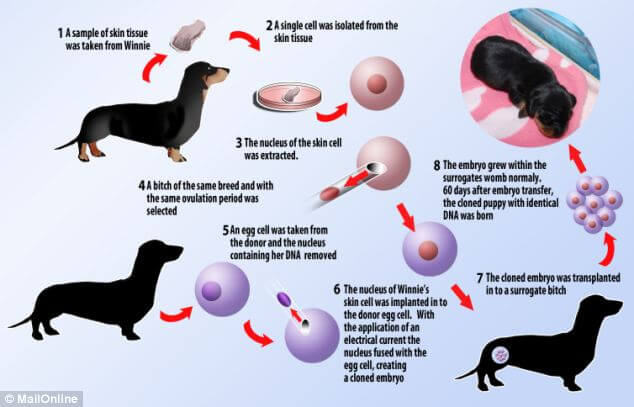 Not without it’s critics…

This sort of work is obviously not without its critics. For example a spokesperson for the Ethiopian Wolf Conservation Programme explains that genetic diversity is easier preserved simply by moving animals between packs. They are worried that politicians who are presented with what looks like a simple solution will choose cloning over the kinds of wide-reaching and long-term conservation programmes such as habitat protection and stray dog removal (who pass diseases on to the wolves).

And that’s before we consider the wave of repulsion from the pro-lifers who are against anything embryo altering, from stem-cell research to cloning itself, but that’s another article.

But it gets a little worse…

It’s worth mentioning that Sooam Biotech is a private laboratory belongs to Woosuk Hwang who shot to stardom in 2005 after he informed the world he had successfully cloned some human cells. Unfortunately shortly after Seoul National University found he had faked the human stem cell lines and sacked him. They also found he had forced some junior members of his lab to donate their eggs for research for which he was sentenced to two years in prison, but this was suspended.

So he’s back now, bigger and bolder than ever, cloning anything and everything. At the moment as a side project he’s working on bringing back the wooly mammoth and he’ll even clone your recently deceased dog for €100k. In fact the worlds first cloned dog was a British dog. The dogs’ owner, Rebecca Smith, won a competition to have her pet cloned by Sooam Biotech. 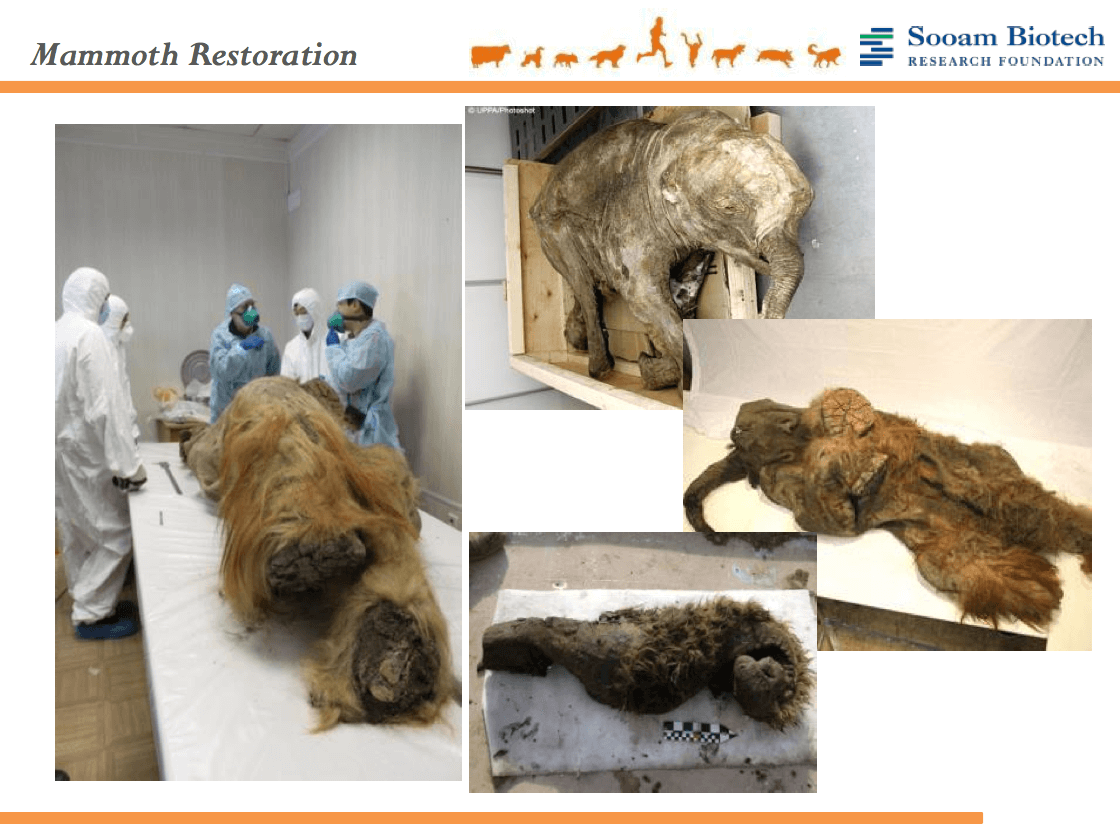 Will a clone be the same behaviourally?!

A question many of us ask is will the cloned dog have the same mannerisms as the donor? The answer is they may well be similar but the whole nature versus nurture thing is sure to kick in down the line. After a negative experience one dog might learn quickly that big men are horrible and grow to be a bit wary of crows while another might grow up adoring people, having only positive encounters with them.

Interestingly though, and bearing in mind the eyes will see what they want to see, the author of the piece where I pulled some of this information (Mark Zastrow writing for the New Scientist in his piece called “Inside the Cloning Factory that Produces 500 Animals a Day“, quite the headline!) states after meeting cloned dogs of various ages:

…not only are their coats identical, so are their mannerisms. When they hop down, they twist their bodies to the left – every time, sometimes in unison. The only detail I can use to tell them apart is that one of them has a left ear that points upwards.

Further down is another pair of puppies cloned from the same donor; these ones are just 2 months old. They leap at me with the same unbridled enthusiasm, and one of them also has a perky left ear. I do a double take – a quadruple take, really – glancing back down the row of kennels at their older clone siblings. It’s like looking at a living growth chart…

How do you feel about cloning?

This is undoubtedly the start of something. Brazil are now getting in on the action. In 2013 the Brazillian Department of Agriculture agreed plans to clone the Maned Wolf and Jaguar. Not sure how they’re getting on as there have been no big reveals. Italy and the UK too are very keen. And lets face it, this is just the stuff we know about. What goes on behind closed doors we may never know.

As the authorities struggle to control this wave…

…and indignant, pro-life campaigners move to the courts to block it’s progress, one thing is for sure, the race is most surely on.

But where are we racing to? And what will the end-line look like?