What I Learned From the Chronicles of Frankenstein…

New babies mean you get to watch more TV. This means you can stray into parts of teleworld you might not normally venture into. Case in point, the Frankenstein Chronicles starring Sean Bean. I like a bit of horror / zombie action so this was going to suit me, and it did the job to be fair.

Two interesting bits leapt out from one of the very first episodes I watched which I knew would be ideal blog fodder (though I have had my notebook open beside me for the rest of series and have gleaned nothing more):

The first was when a more natural-minded physician noticed the lead characters Syphilus rash on his hand. The guy had been taking mercury for it for some time (yet another ridiculously unsuitable chemical remedy recommended by the profession in the past but now rightfully frowned upon). The more natural minded physician said he had a new natural cure for just this issue and seemed to be doing wonders, derived from bread mould. The reaction was as you’d expect and one that more natural-minded folk still receive today – disbelief and mistrust culminating in a missed opportunity. As of the fourth episode, he is having increasingly erratic mercury-infused waking nightmares on his way, no doubt, to a slow, terrifying and painful mercury poisoned death (but which might or not control his rash in the process). This was a nod to the wonderful discovery of penicillin which came of force for just this issue, encouraging rampant sex everywhere and going on to save millions of lives, still to this day. 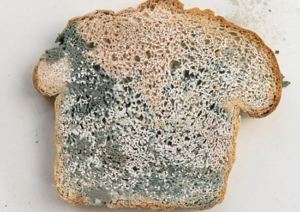 The second was when we were introduced to a filthy peasant, dressed in rags, picking what seemed to be poo off the streets. He was a Pure gatherer, we are informed. I wouldn’t have know what this was if my good pal Barbara (and supplier of many interesting titbits) hadn’t sent me a fascinating article written by the Terrier Man last week entitled “Selling Dog Shit for Profit“. Pure-finders gathered both horse but better still dog poo off the streets. It was sold to the tanning industry for it’s alkaline properties, softening the leather.

The pure-finders meet with a ready market for all the dogs’–dung they are able to collect, at the numerous tan yards in Bermondsey, where they sell it by the stable-bucket full, and get from 8 d. to 10 d. per bucket, and sometimes 1 s. and 1 s. 2 d. for it, according to its quality. The “dry limy-looking sort” fetches the highest price at some yards, as it is found to possess more of the alkaline, or purifying properties; but others are found to prefer the dark moist quality. Strange as it may appear, the preference for a particular kind has suggested to the finders of Pure the idea of adulterating it to a very considerable extent; this is effected by means of mortar broken away from old walls, and mixed up with the whole mass, which it closely resembles; in some cases, however, the mortar is rolled into small balls similar to those found. Hence it would appear, that there is no business or trade, however insignificant or contemptible, without its own peculiar and appropriate tricks. 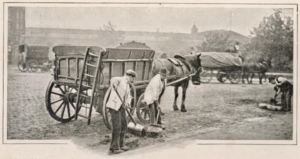 And you thought you had a shit job!

Where are you legally buying a sick dog?