Injections Have Never Been Perfectly Safe, Anyone That Says Otherwise Simply Hasn’t Read Into the Subject…

While greatly reducing mortality rates worldwide, those receiving and administering vaccinations are not without their critics. There are countless examples in history of their inappropriate use and failure. Just as polio was decreasing across the US in the 1950’s, a new vaccine said to cure it (Salk vaccine) was released under great fanfare. Incidences of polio shot up across the country. Despite countless warnings by the National Institute of Health of it’s inherent dangers, the financial clout of cash hungry pharmaceutical companies pushed sales into the millions. In 1976 Dr. Salk, the vaccines creator, publicly noted his vaccine was “the principle if not sole cause” of all reported polio cases in the US since 1961. The Centers for Disease Control stated that 87% of all polio cases in the US between 1973-’83, and all cases between 1980-’89, were attributed to it. Tens of thousands of people affected for the sake of profit.

There are a huge number of other studies out there in this vein, most recently the rushed out bird flu vaccine. So many so that in 1988 the US formed the National Vaccine Injury Compensation Program. Cases are heard in the “Vaccine Court” under the US Court of Federal Claims. To cover the cost of these schemes, $0.75c is added to every single vaccine purchased in the States today.

The Known Side Effects to Dog Injections

In the far lesser controlled area of veterinary medicine, the news is unlikely to be better. While still miles behind the human literature, numerous studies are now demonstrating many canine vaccination side effects including immune-mediated disease and other chronic disorders (vaccinosis).

In 1999, Hogenescha et al. were the first to document a statistically significant link between dog injections and an auto-immune disease termed immune-mediated hemolytic anemia (where the body cannot produce enough new red blood cells to replace the ones being destroyed). More recently the vaccination of pet and research dogs for rabies was recently shown to induce the production of antithyroglobulin autoantibodies, a crucial finding with implications for the subsequent development of hypothyroidism (Scott-Moncrieff et al. 2002), an issue so common in dogs today.

Some issues have arisen from contaminated or poorly attenuated batches of vaccines. Others reflect the host’s genetic predisposition to react adversely to the antigen in question. Others still react to the adjuvant (used to magnify the immune systems response) and preservatives therein (a lot of vaccines contains bovine serum for all you beef allergy dogs). Authors have found reactions ranging from the more common fever, stiffness, sore joints, abdominal tenderness and behaivoural changes to the more serious increased susceptibility to infections, cancer, neurologic disorders and encephalitis, jaundice, organ failure and collapse with auto-agglutinated red blood cells (Phillips et al. 1989, Tizard 1990, Duval and Giger 1996, Dodds 1999, 2001; Hogenescha et al. 1999, Horzinek, 2006). At least 2-26% of Immune-mediated Hemolytic Anemia, one of the most common autoimmune diseases in dogs, are thought to be caused by vaccinations are. So, they’re not perfectly safe. 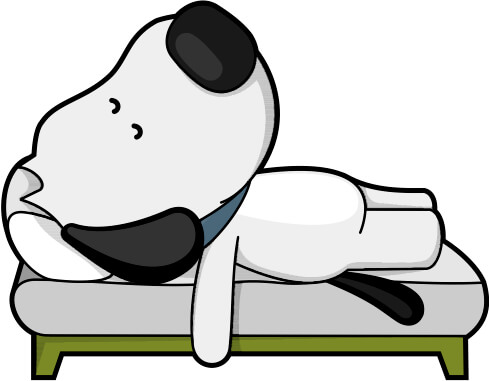 Timeline for Side Effects to Dog Injections

Moore et al. (2005) found that reactions can occur within three days of dog’s injections. These range from the more violent (but thankfully rare) anaphylactic reactions and seizures to the more common welts (inflammation) at the injection points.

Vaccinosis on the other hand (disease resulting from vaccinations) is more chronic, taking time to develop. Delayed-type immunologic response takes 10–28 days to set in. The onset of any autoimmune disease is expected to occur 30 to 45 days post-vaccination (Dodds, 1983; Dodds, 1995; Duval and Giger (1996). Reactions to canine distemper antibodies causing joint disease and feline injection-site fibrosarcomas can take even longer (Dodds 1999). These ones are even less likely to be pinned on vaccinations.

Thus, lacking the evidence and despite the likes of the American Animal Hospital Association (AAHA), who came out with new three year guidelines for booster schedules in 2006, vaccine manufacturers are still free to push their “for best results boost once a year” message on their products, unperturbed. 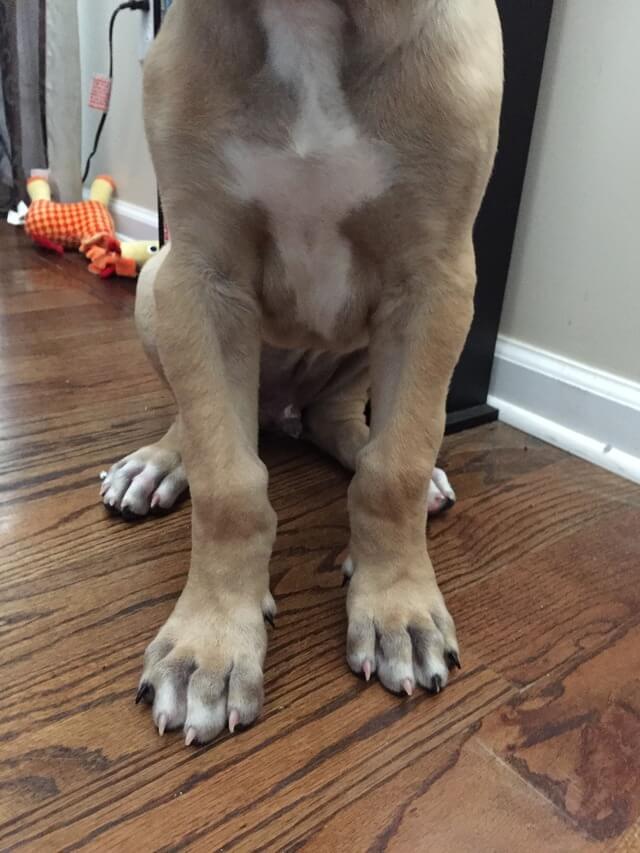 The Breeds Most Affected Are…

All dogs are affected by over-vaccination but smaller dogs suffer the most. There is a huge size disparity in dogs yet canine vaccines are not dose-related – its the same dose for a Yorkshire Terrier as it is for a Great Dane. Considering vaccines are made ten times stronger to ensure efficacy, that a lot of pow for a poodle. Small dogs are thus significantly more likely to suffer adverse reactions than larger dogs (Moore et al. 2005; Novak, 2007). There is also a breed effect.

Also any breeds of white or predominantly white coat colour or with coat colour dilution such as blue and fawn Doberman pinschers, the merle collie, Australian shepherd, Shetland sheepdog, and harlequin Great Danes (Day and Penhale 1992; Duval and Giger 1996; Dodds, 2001). These same breeds listed above are also more susceptible to other adverse vaccine reactions, including post-vaccinal seizures, high fevers, and painful episodes of hypertrophic osteodystrophy or HOD (Dodds 1999).

To all the Great Dane breeders or owners who have heard of or even experienced HOD in their Great Dane, have a look at your records and see how long after our booster the issue occurred. It occurred within one or two months, or I’ll eat my hat. I’ve personally yet to see it occur outside of this situation.

After all this, you might be freaking out and if so we apologise for causing you unease but you we must hear the other side of the argument for our pet’s sake. We can’t walk around blind, being assured that dry food, chemical flea and worm treatments, boosters and early neutering are all perfectly safe. They are not.