If you ever are wondering what are dogs allergic to wheat explains 90% of cases reporting into us daily.

The most recent studies show that the most common food allergens in dogs are wheat, beef, chicken and dairy products while in cats it’s chicken, beef, and fish (Muller and Olivry 2016). If you wanted to save yourself the read, the advice is thus very simple – if your dog is exhibiting recurring skin or gut conditions then it’s highly likely they have a food intolerance. Thus, before a drug is taken or a cream applied, you need to remove at least these problem proteins from your pet’s life.

Wheat is the number one cause of food intolerance in dogs

Far and away the most common factor aggravating dogs worldwide is wheat. I believe it explains up to 80% of cases reporting into us daily. 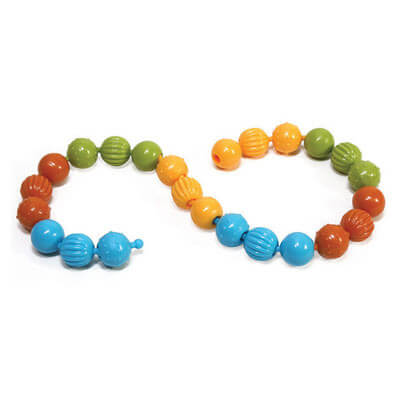 The problem with wheat is that tough little protein called gluten. Gluten is a tough, long-chained molecule, something like a necklace of beads. It gives dough its stretchability and it permits you to spread peanut butter on what should be a very flimsy piece of bread. It’s the base of some of the worlds best glues (from where it gets its name). A side effect of this amazing property is that it’s very hard to break down in the gut. 30% of humans still can’t digest it properly. The longer you have been eating it the better you are at digesting it. Hence Europeans who have been farming wheat for years are pretty good at digesting wheat. Only 20-30% of Europeans suffer gluten intolerance. However Africans farm and eat gluten-free cereals such as sorghum and millet. As a result of the slave trade 400 years ago we now find that 40% of African-Americans suffer the effects of gluten intolerance in the US. Aboriginals were only introduced to wheat 100 years ago and 50% are known to be gluten intolerant.

Taken from my forthcoming book

Since 1944 we have known that gluten is not the easiest protein for dogs. Wagner and Elvehjem (1944) documented how doses of up to 40% gluten induce fits or “canine hysteria” in beagles. In 1992 Batt and Hall noted that biopsies of intestinal segments showed that dogs sensitive to gluten suffered villus atrophy accompanied by increased intestinal permeability, which improved with a gluten-free diet and relapsed on subsequent gluten challenge. Today coeliac disease is evident in Irish red setters (Hall and Batt 1991 & 1992), gluten allergy is thought to affect at the very least 1% of the canine population (Loft et al. 1989, Hall et al. 1992, Day 2005), it plays a key roles in issues such as protein-losing nephropathy in soft-coated wheaten terriers (Littman and Giger 1990, Littman et al. 2000, Vaden et al. 2000a & 2000b) and Day (2005) admits that it is likely delayed sensitivity to gluten is responsible for many more disorders and affecting many different breeds.

The very same applies to dairy, at least cows milk. With milk, the problem protein is casein, which is very similar to wheat gluten. So cut out all dairy initially also.

To avoid the symptoms of food sensitivity please ensure that your dog is never fed wheat. This means no dog food that contains any wheat (check your ingredients). Also no bread, pasta, no dental sticks, no cereal based dog treats. Not a crumb. It is the number one cause of food intolerance in dogs and it’s removal cures the majority of cases reporting to us. And moving to a wheat free dry food is not enough. Studies of these dry foods show that 10 of 12 studied were contaminated with proteins not on the label, mostly wheat gluten

You might wonder, as I did for years, how carnivores could be allergic to such an appropriate food source as chicken, beef or fish. The truth is dogs are commonly shown to have a problem with chicken and beef, just not the normal kind we eat ourselves. This chicken or beef is present in a heavily processed form in dry food. Harsh cooking severely denatures animal protein (think a fresh egg to a fried egg) and as a result, cooked meat is harder to digest than fresh (think overcooking a fresh piece of steak). The human food chain produces a huge amount of chicken and beef by-products and waste. These are all rendered (boiled under pressure) down so that the fat floats to the top and the protein sinks to the bottom. This grey protein goo off is taken off the bottom of the vat, dried to form a flour and is then sent to pet food companies all over the world as the “meat” portion of many animal feed products. These manufacturers then cook this product again at high temperature before being bagged and leaving it sitting in a storehouse for months (or years). 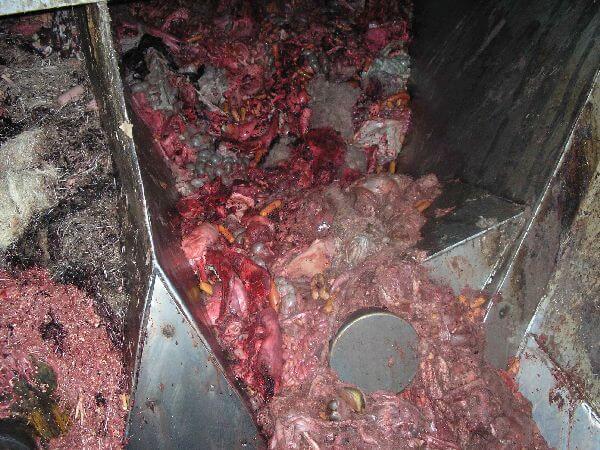 Unfortunately, cooking causes structural changes in the protein known as cross-linking, a process whereby the individual proteins (called amino acids) hold hands, forming a chain and giving that over-cooked piece of steak it’s toughness. Add to this that cooking destroys all the natural enzymes in meat that would have been released when the fresh stuff was chewed up, means the “meat” portion of dry food is some very hard to digest stuff. Hence Stroucken et al. (1996) found cooking during the extrusion of dog food pellets reduced the digestibility of protein in the pellet.

By the time this partially-digested “chicken” or “beef” reaches the dog’s intestines it does not resemble real chicken and beef. The immune system does not like these strange little strands of protein and can begin to react to them. Sadly, once this process occurs the immune system can identify even the fresh form of the problem protein as causing a problem. This can result in a dog having a chicken or beef sensitivity, which should be as unusual as a cow being allergic to grass. 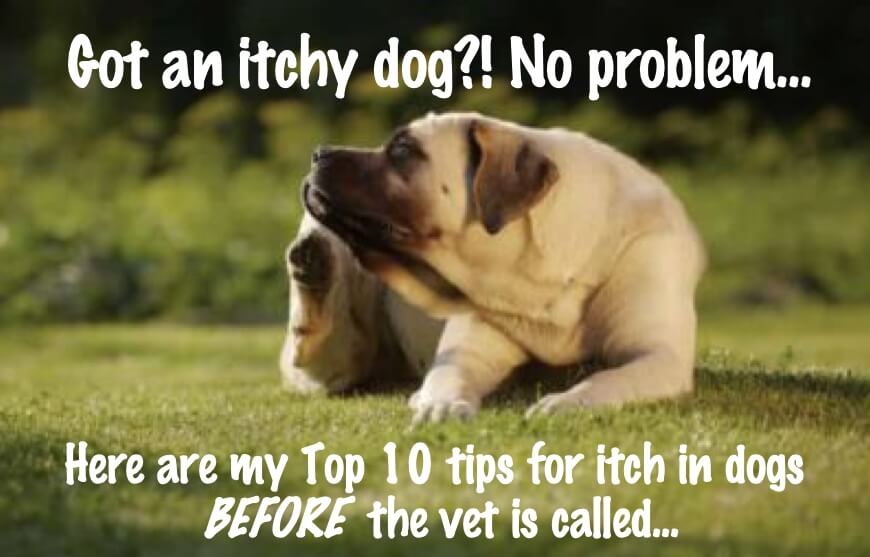 There is a second reason both chicken and beef are theorised to cause so much allergy in dogs and cats and that is vaccinations. Many vaccinations used in our pets are made with a chicken or beef blood serum. It’s thought that these vaccinations, or more likely the completely unnecessary annual boosting of our pets, injected straight into the bloodstream with adjuvants that drive immune response, may cause the host’s immune system to link the protein as the threat and respond accordingly next time it sees it. Makes sense to me but I have no studies in support.

We will be able to determine if your dog is OK with chicken and beef down the road but for now please ensure that no cooked meat is used in your dog’s future hypoallergenic diet. The more you cook meat protein the more antigenic it becomes. Just one of the reasons dry foods that state “hypoallergenic” on the front are so very far from the definition of the word. 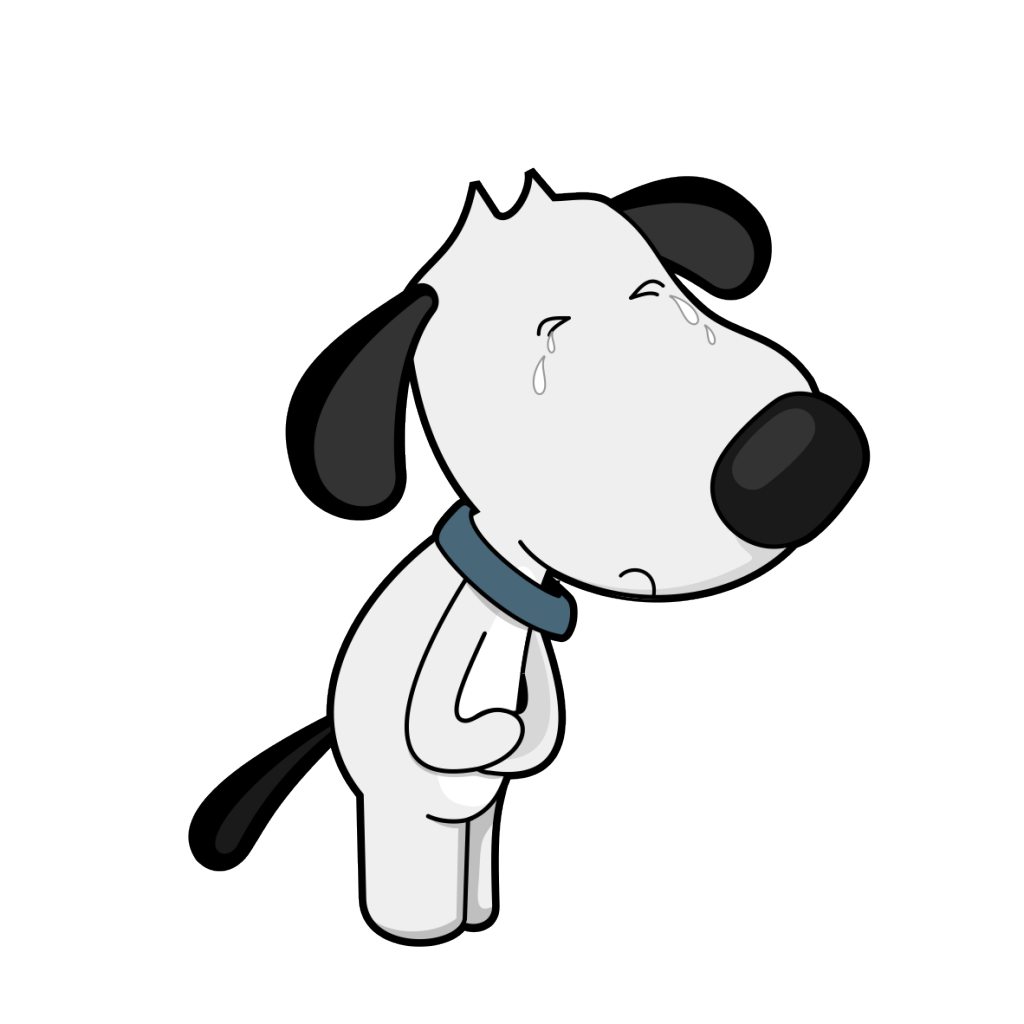 It will be almost impossible to find out which food chemical is irritating your dog. A short nutritional rule is if you can’t pronounce it don’t feed it. With more agents than the FBI, pet food manufacturers are permitted by the FDA to include anti-caking agents, antimicrobial agents, curing, drying and firming agents, oxidizing and reducing agents, pH control agents and surface active agents. Other chemicals such as synergists and texturisers, emulsifiers, humectants, and stabilizers control the exact texture of the pellet. One of these texturisers, a thickener called sodium carboxyl-methyl-cellulose a plastic filler which used to be used to thicken milkshakes is banned by the FDA for human consumption…but it’s OK for pet food. Then there’s BHA and BHT and Ethoxyquin. A nasty group of fat preservers these, already well covered by other authors. A quick Google will quickly let you know why you should absolutely avoid these in your diet.

Other chemicals to cut out would be chemical flea and worm treatments (usually for dogs with no fleas or worms), kennel cough “vaccines”, and annual boosters in dogs (after one year of age, in line with advice from the top veterinary immunologists), if just until we get your dog over this issue. Your dogs’ immune system needs a rest and these chemicals are like a punch to its guts.

As long as all these are going in you may never find out which ones are causing the problems in your dog.

What Are Dogs Allergic To, In Summary

If you keep putting the above antigens (wheat, cooked meat, chemicals) in to your dog you will continue to get problems on the surface. Again think of a man with a peanut allergy being fed small amounts of peanut each day. As long as you do this you will need to continually focus on the symptoms with expensive pills, jabs and creams, all of which are telling the immune system to quit trying to purge the body of toxins.

The above need to be cut out completely. Not a speck. You will naturally now be thinking, well if I can’t feed him any of that, what can I feed him?! Read on…

Take me to SECTION 4: WHAT TO DO
Take me back to Section 1: Introduction to Allergies in Dogs