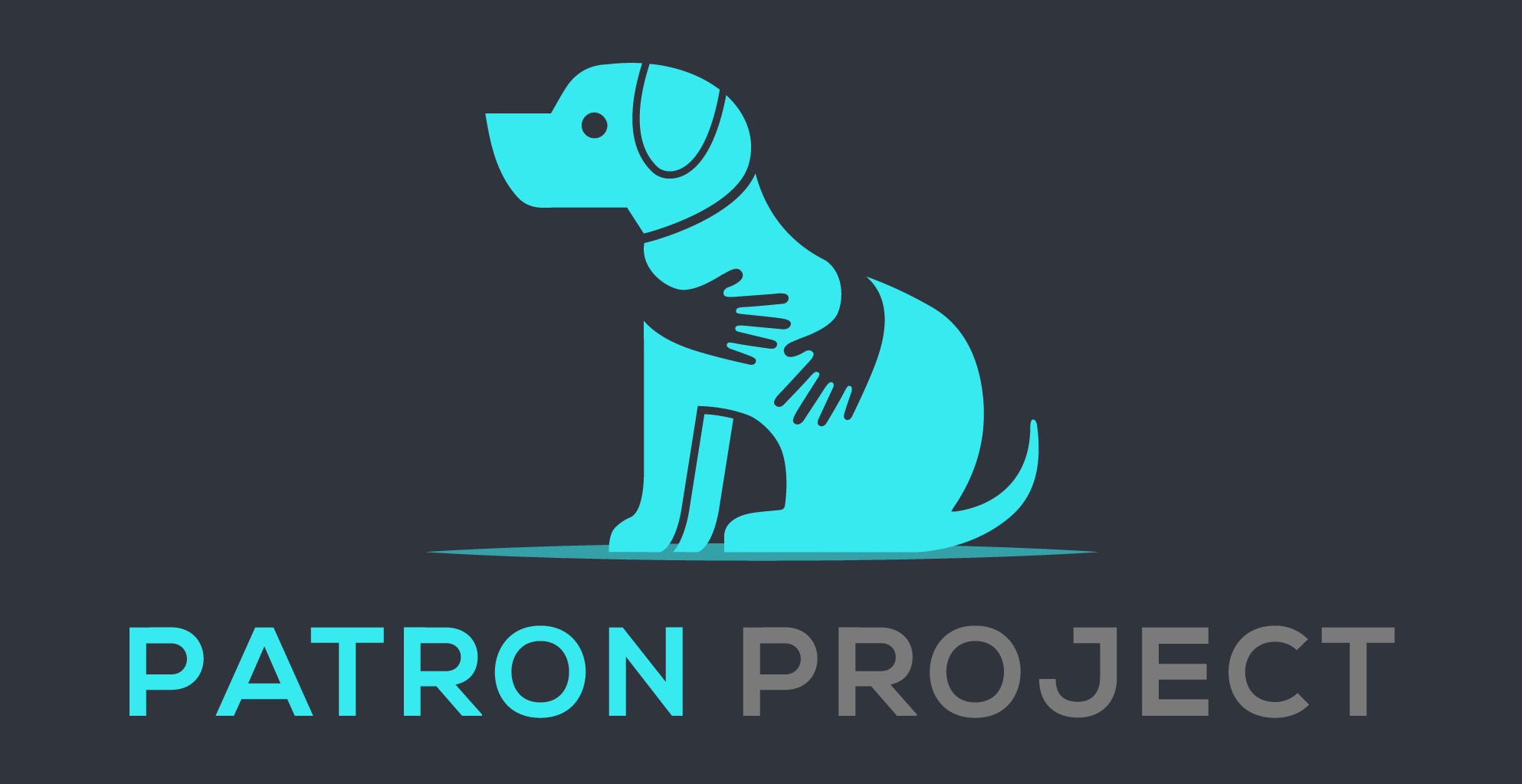 I told you exciting projects were coming your way in January. Here’s the first one and, arguably, the most important. It’s set to shake up the pet world in the biggest way. It’s called Patron Project.

As you know, more and more pet food is now being sold online including up to 50% of the more premium dry pet foods and higher again for raw dog food. Depressingly, Amazon is now the worlds biggest mover of pet food, taking 20% of the online market already and growing rapidly.

But remember that every time you buy pet food from Amazon or simply a different country and don’t buy it locally, you are taking all the profit from that sale out of your community and sending it elsewhere. There is an economic principle called the Multiplier Effect which states that for every €1 spent locally, 80% of it is reinvested into the local community, and 80% of that, and 80% of that etc. It means a €1 spent locally is actually worth a lot more than you think.

Now, imagine how useful the profits from a €60 sale of pet food would be to an animal charity? Think about it, so much time is wasted by these organisations trying to collect money just to keep the doors open. Standing around shaking buckets for change. Filling bags in supermarkets. Organising a poorly attended charity night. It is constant pressure for these guys and one they must weigh against the often terrible amount of truly vital work that they do on our behalf with what are typically meagre resources.

What is the Patron Project?

The Patron Project makes it ridiculously easy for animal charities to make real money by offering pet food online. It enables dog and cat charity organisations including rescues and shelters but also guide dogs and assistance dogs, to promote pet food online. Now, instead of buying our pet food from a faceless organisation in a different country, we simply go online to our charity of choice and purchase it through them – the very same foods, the very same service and the very same prices. While nothing may change for you or your pet, everything changes for the charity and the animals in their care.

How Does Patron Project Work?

Patron Project is an Irish initiative that uses some very unique software (Hubsku, backed by Enterprise Ireland) to make it ridiculously easy for animal charities to promote and pet food from their very own website.  A shop tab is inserted on their website, products are loaded up and away they go. Nothing is required on their part. While it looks like they are sending out the order, the order in fact goes straight to the producer. This means the organisation won’t have to buy in or house any stock, deal with orders or couriers, commit any staff, nothing. And they get the profits from every single sale. If you are buying the Patron brand, that is 16-21% on every single bag of food ordered. That is an unreal margin, one most vets and pet shops are offered on many named brands coming INTO their store and nowhere near what they get once they sell it with all their costs. And it’s free to charities.

To give that some perspective, if the rescue moves just 100 bags a month costing €60 each, from their site, that’s potentially 100×12=€1200 per month or nearly €15,000 per year straight into their bank account. Even if it they just do half that that’s potentially their food bill covered for dogs in their care. But imagine they did double it? Or Triple?

How do they do it? They simply cut out the middlemen. No distributors. No wholesalers. No shops. No reps. No money wasted on bull shit marketing or fancy ads. No generous cash grants to veterinary universities. It is food straight from the factory floor to your door. Not only does that ensure a fresher product but with less money wasted you the consumer can get better food at keener prices. Glorious. Patron Project handles all the ordering, all the admin, all the software stuff. For this they charge around 5%. When you think about it, Paypal and Stripe take 2-3%.

Here’s Marie, the Manager of Dogs in Distress, on Patron, in her own Words…

How Does Patron Dry Food Compare to Other Dry Foods?

To get the whole thing off the ground they are launching each shop with their rescue-exclusive brand called “Patron” which is soon to include cats, treats (made in Ireland) and yes, of course, raw dog food. That’s where I come in. Months back Patron approached me and asked me to get involved with the raw side of things, help with both the formulation and promotion of that side of things, get it off the ground. Now, this is my sort of project but I said I would only get involved if the Patron range didn’t contain any bad foods, so they had to at least remove all their wheat and rice-based offerings from the Patron dry food range and start with their more premium, natural, meaty grain-free range. I’m honoured they listened to me about that. And it took guts, as those ranges are often half the price.

In fairness, as far as dry foods go, the Patron Pet Food range for dogs and cats looks good. Their wide range has a much higher fresh meat content than most competitors in that field and thus offers much better value for money (many grain frees are still 50-60% carbs and from the likes of rice, odious) but also it’s cooked at a lower temperature, sourced largely in the UK (uses no meals from outside of EU), has some decent additions and all packaged in a compostable bag. And their 80:20 looks very impressive. Ticking a lot of boxes so far. Here are some more: 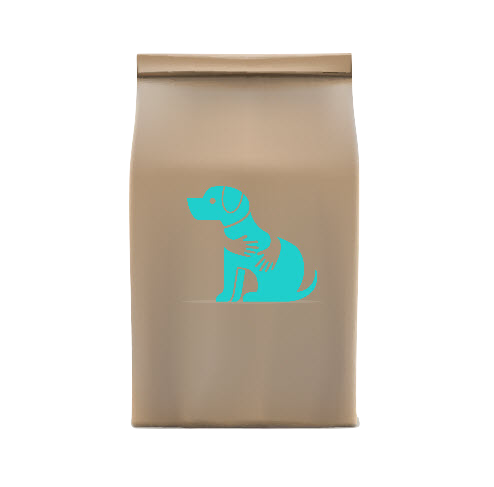 I did a couple of pieces comparing the Patron food and offering as a whole to many of its competitors on value for money on a cost per kilo basis. It does extremely well, all things considered, but it’s when you factor in the 16-21% of every sale to the rescue, that makes it the most convincing option:

We compare the best 80:20 dry foods out there to see where Patron might fit in

But to reiterate, we can do better than dry for our pets. Patron are talking to me as they want help getting raw up there. Selling raw is a bit trickier (frozen, couriers, packaging, storage etc). I’d said I’d help. So, while I never thought I was going to get back involved with this end of the sector but the idea that you will be able to buy your raw needs from your favourite animal organisation, benefitting everyone, is the vehicle I’ve been unconsciously waiting for.

And no, a year on, I have never received a single penny for anything I have done for Patron.

The fact remains, if you are currently feeding some over-priced, cereal-based slop made by some faceless multi-billion multinational then please, please compare what you are paying now per kilo to what these foods contain and cost and think about giving your local, hardworking rescue the few quid instead. Everyone wins here.

Do you Want to buy From Your Local Animal Charity?! Simply Nominate Your Charity of Choice to Patron Project. All Going Well You’ll be Shopping With Them in 24hrs…

Again, the Patron Project is available to rescue in Ireland, UK, Germany, France, Belgium and the Netherlands. If you want to nominate your animal rescue or animal charity, simply let the folks at Patron Project know and they’ll get in touch with them. All going well, if the organisation is into it, they could be up and running before they get home to feed their dogs.

This is going to change EVERYTHING.

BioFunction8 – For the control of gastrointestinal disease in dogs

Dogs in hot cars are at great risk. Here’s what to do…