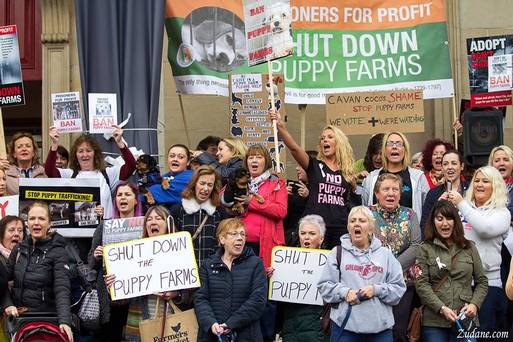 Puppy Farming in Ireland, Some Stats and why you Need to Avoid Them at all Costs…

[I’m not going to use pictures in this post this morning guys, I can’t bring myself to trawl through them all again at the moment. All the pics you need are in the links provided].

Puppy farms are one of Ireland’s greatest shames. Backed by government policy since 2009 when farmers out of work needed an extra buck (and still permitted today, if you can believe it), the 73 registered puppy farms in Ireland are today churning out a ferocious amount of dogs. The last count in 2016, revealed it was at least 30,000 pups a year (in a nation with 300,000 dogs…), and those are just the figures we know about.

We have written about puppy farms in Ireland many times before. The last post, in 2017, highlighted a petition doing the rounds concerning the government-backing of Raymond Cullivan who, despite being the centre of the BBC’s shocking exposé of puppy farming in Ireland 2016, was granted permission for the conversion of more buildings and stables to be used for dog breeding. This increased his potential breedstock up to a MAXIMUM of 350 dogs (male and female combined) which was well outside the parameters accepted by the Department of Agriculture.

What made this even worse, for Ireland’s reputation at least, was that the ISPCA was apparently powerless to prevent the move as they have no powers in relation to the Dog Breeding Establishments (DBE) Act. They raised their concerns with Cavan County Council a number of times, who failed to respond.

In another puppy farm rescue, described as “the worst ever seen: by ISPCA inspectors, hundreds of dogs and horses were rescued in an operation that cost the state €59,000 and took nine days. Despite this, a conviction took the state four years to implement, resulting in the owner, James Kavanagh (48), recently being given three years in jail when he pleaded guilty to 30 counts of animal cruelty at his property in Myshall, Co Carlow, in April 2015, while his wife, Jennifer was given a 12-month suspended sentence.

Writing in the ISPCA’s annual report, chief inspector Conor Dowling said: “Never in my 20 years have I seen such extreme suffering on such a scale. We discovered a number of dead animals scattered around the property, some of which were used to feed the dogs…the horror and sheer size of the rescue was extremely challenging

Those animals that are not PTS for human reasons have to be rehomed. What emotional and health state they will be for life is unknown but some families are in for a time of it, that’s for sure.

The Implications of Puppy Farms for you and Your dog…

It seems, somewhat unbelievably, that Ireland is still not getting the message about how bad the situation is, not just for the poor animals imprisoned in these establishments but the family who hope to welcome such a dog into their home.

In 2018, the Irish Examiner revealed that 45% of 1000 Irish dog owners surveyed didn’t check whether their new dog came from a puppy farm. In fact, 3 out of 4 said they wouldn’t mind if it did come from one. 1 in 5 admitted their dog was dropped to them or they bought in a car park.

This is staggering. Puppy farmers breed relentlessly from their imprisoned bitches, mostly for the trendy dog market (think cockapoos, cockers crossed with poodles) from their very first season. They never give them a day off. They have litter after litter without rest until they are no longer capable of putting pups out. At this point, the sick and enfeebled animal is at best “surrendered” to animal shelters, at worst they are clearly dog food.

Puppy farmers are not using prize-winning, health checked animals for this process. Top poodle breeders, those with the good quality pups who are hoped to have excellent form and function in the future, do not cross breed their animals. These vicious pigs will get any cocker and poodle and breed from them. The pups are born of sick mothers, raised in dark boxes, lack anything by means of socialisation, fed crap, dosed with god knows what and then taken from their mothers early to be placed in your home. The implications of this for the prospective family, from a health and behaviour perspective, are dire as you are getting a dog with the worst start in life. Asides fuelling this disgusting industry, condemning dogs to the worst life imaginable, you can expect higher problem behaviours, growth issues and significantly higher vet bills for life. And your kids are at risk…

I was speaking with a friend of mine who runs a busy daycare in Dublin (needs to stay nameless as doesn’t want to be seen to be bitching about her clients). She said, far and away, the worst dogs in her care are cockapoos. They have the worst behaviour, have the worst health issues, are constantly stressed and are significanlty more likely to bite as a result.

Cockers are lovely dogs, if a little highly strung at times. Poodles too, of course. But it seems the mix of these two, while cute, can often produce an animal that you mightn’t want to live with for 15 years. Then you get it very poorly socialised from a puppy farm.

If you’re thinking about getting this dog you need to consider the likes of cockapoos are face-height to your toddler. More than 90% of catastrophic dog injury occur at home from the family pet. More on dog bites here with input from Pairic O Sullieabhain.

What are we now Doing About Puppy Farms in Ireland?

While the UK looks set to ban puppy farms completely, Ireland is now, slowly, trying to get it’s act together. Last year, new dog-breeding guidelines were introduced to combat the scourge on this island. Minister of State for Rural Affairs Sean Kyne has said he wanted to see “the highest standards achieved by dog-breeding establishments in Ireland”. The issue apparently came to light when Independent TD Maureen O’Sullivan found a website had “2,000 ads selling puppies and that does not take into account the number of puppies available on each of those ads”. She is not alone is trying to bring the issue to light. Independents4Change TD Clare Daly has a good reputation for repeatedly raising animal welfare issues in the Dáil, and hence she got my vote last week.

While I wouldn’t be holding my breath waiting for this legislation to be enforced, it is a welcome step in the right direction.

How to Avoid a Puppy Farmed dog…

Here are some tips from the Irish Pet Advertising Advisory Group (IPAAG): 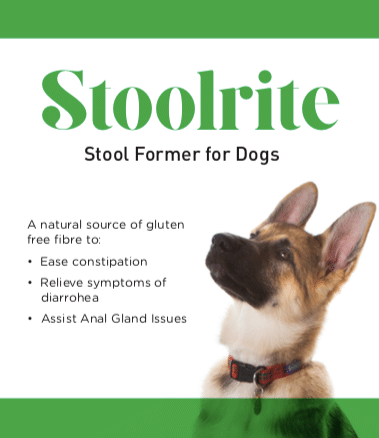