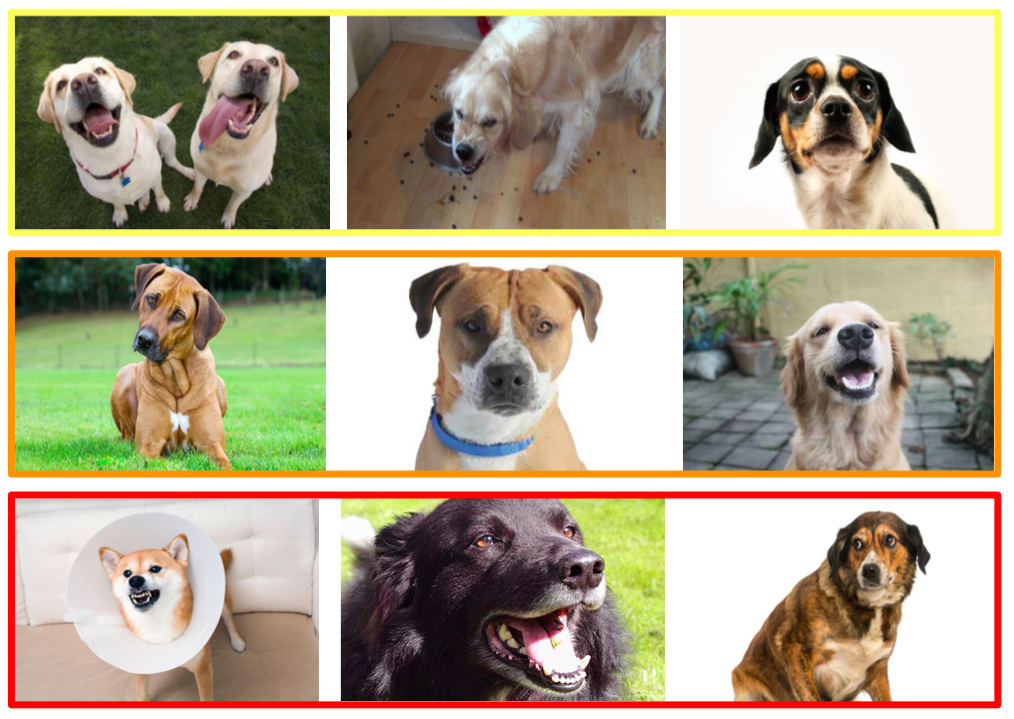 So I had a great time with the 1st classers last Thursday out in Clonsilla! There was around a million of them, split into 4 separate groups. I’ve never been in such a big school. After two hours, and without getting all political, all I can is fair play to teachers.

I decided to focus on dog “feelings”. There is a misconception that strange dogs are where the threat lies for kids but the fact remains most dog bites happen to children younger than 7 and most occur in the home by their own pets. The psychology of it, apparently, is that kids younger than this are to to develop the social skills that enables them to quickly tell the difference between a happy dog face and an angry one. So I wanted to teach them more about the dogs’ face.

Here was how I laid out the 30mins for anyone that was interested for their own kids. They’re never too young for this lesson, as it’s a bit of role play they love it, Mum or Dad on his hands and knees barking like a dog.

Show me a What a Happy Face Looks Like!

I started with talking to them about feelings and I gave them the first one. This is happy! And I put on a big smiley face. Can anyone thing of any others? And you get sad. Show me what sad looks like? Then I asked them about angry and they all snarl, showing their teeth! Wow!!! You’re waaay better than the third classers. Not only did you give me an angry face but you also gave me an angry noise. Then we did a scared face. A thinking face. Etc. They loved it.

But did you know dogs have these feelings too?! What might a happy dog look like? A waggy tail, yes, sometimes, but what about their face?! What does an angry dog look like?!

Next I covered the lower half of my face with a scarf and asked them what was I feeling just by looking at my eyes and brow, as this ultimately is where it’s at with dogs. They nailed them all.

Next Test Them With Images of Dogs Wearing Different Expressions…

Next came the test. I gave them each two pages. I began on the I’m the”boss” dog with some helpful arrows (stole this off the internet, thanks to whoever). I then asked them to show me a happy dog in the pics below. And an angry one. And a scared one.

On the back page are a mix of dogs, each section containing a happy dog, an angry dog and a thinking dog (also not to be approached).

We then flew through a few things that might make a dog happy and what make him cross, focusing on play, pulling his ears / tail, his food bowl and when lying in his bed. 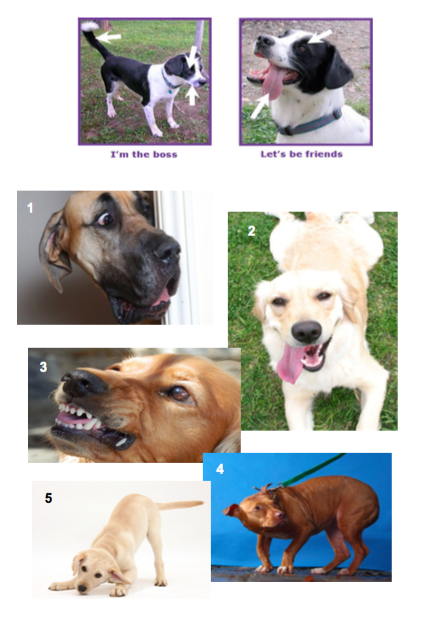 Finally, How to Safely say Hello to a Dog… 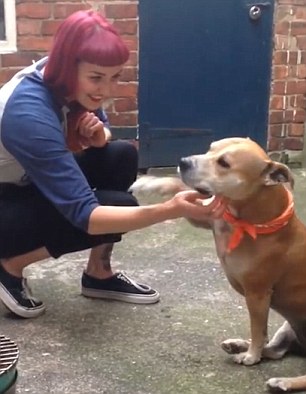 I finished the talk with how to say hello to a dog:

– First you ask your Mum / Dad can you (as we don’t want them talking to strangers with dogs)
– Next you ask whoever’s walking the dog can they say hello because they might say no, why might they say that?!
– When you get the all clear you’ll read the dog yourself as you’re all experts now and offer the back of your hand to the dog to sniff (thereby hiding your sausages).
– Once that’s done don’t ruin it all by bashing him on the head! Tickle the side of his face or the back of his neck, or under the chin.

A few practice runs on the teddy dog I brought in and not one of them patted his head, if they did I barked at them!

I had intended to do a scene whereby I would crouch on the ground with a toy in front of me and the teacher would approach. The kids would then say it’s safe to remove the toy judging by my face / body position / sound. Didn’t the get the chance to though.

Almost all teachers thanked Conor Brady from DOGS TRUST (grrr!) and I was on my way. Never got to mention food, couldn’t work out how to bring it in!

30mins is all it took and I honestly feel like they have it down tight. Real life skills like these and the likes of CPR it should be taught in all schools. Reading face’s, happy eyes and not so happy eyes, could help in a lot of situations.

I’m going to do it in front of a camera and stick it up on youtube in case it might be helpful to someone else down the road, soon as I shake this cold.