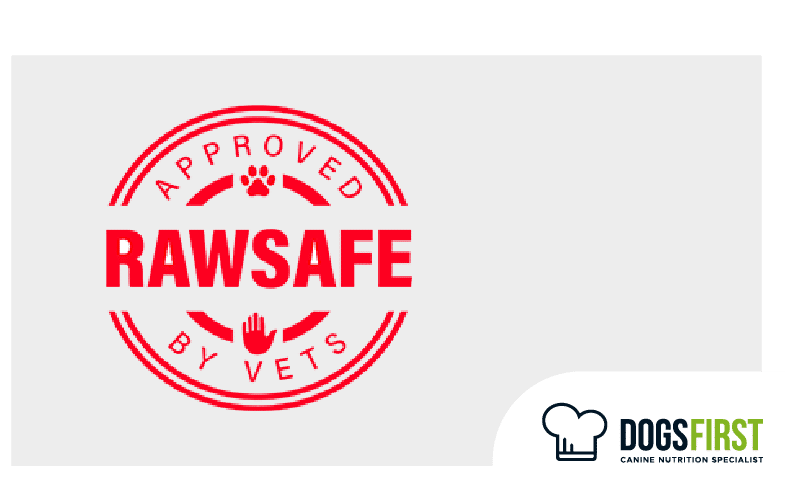 For the First time Ever, Raw Pet Food Producers Put themselves Forward for Random Testing…That’s the Difference

When you and your vet pick up that bag of dry food, you are both supposed to be reassured by the AAFCO badge of quality on the front. Made to AAFCO standards, it says. But who are AAFCO?

In the 1970’s, the FDA were tasked with regulating the pet food sector. Cash starved, it quickly had a better idea – hand over the day to day regulation of the pet food sector toooooo the pet food sector. Genius, eh? In the 1980’s, AAFCO (the American Association of Feed Control Officials, whose board is populated with pet food company officials) is created. AAFCO (and its European counterpart FEDIAF) is a voluntary organisation, meaning their guidelines are exactly that, just guidelines. It has no regulatory power whatsoever. It has no legal directives and no powers of enforcement. No teeth whatsoever. It performs no nutritional or safety checks. No audits. They lay out the “minimum nutritional standards” of pet food (not optimum, heaven forbid, still four decades later we have no idea what any of the optimums are) and they ask everyone to stick to that.

The FDA, to give them their due, will step in when things go wrong, as they often do in the ultra-processed pet food sector. They stepped in in the 80’s when dry pet food stopped using meat to all extents and purposes and the lack of taurine was killing tens of thousands of cats in the US from DCM, and again in 2007 when the chemical contaminant Melamine was killing tens of thousands of at least US pets BUT as they only do so when alerted by….someone (usually when enough owners with serious impetus and with the right vets who recognise dry food can kill complain that a university takes up the gauntlet, does a study, finds something wrong and alerts the FDA, who then sweep into action). The FDA perform no random checks either. No audits. Nothing. They are a reactionary body, and even then, things do not move quickly.

Raw dog food has none of the kill rate of ultra processed food for a great variety of reasons:

Such lack of regulation has resulted in dry pet food going to the dogs (ahem). In 2017, Davies et. al. found 94% of 170 of canned “complete” pet foods sold in the UK and 62% of the “complete” dry foods were not compliant with FEDIAF / AAFCO’s minimum guidelines.

Just recently, we had Hills Pet Food, assumedly the very best pet food company in the world as otherwise why would the world’s vets recommend them, conducting the world’s largest recall of a single brand of pet food ever – 22 MILLION cans of pet food went out the door of that factory and not a single one checked. They were late found to contain dangerously high levels of vitamin D. No idea how many pets were harmed.

And it’s not just nutrients. Even with the ultra-harsh processing techniques and extremely liberal use of anti-life chemicals (none of which are mentioned on your label, AAFCO believe silly little confusing things like preservatives or E numbers are not needed on labels, any more than carbohydrate or sugar contents. They don’t even have to state how much salt they use, and they use A LOT) and despite them screaming from the hill tops about the dangers posed by raw, thousands of tonnes of dry pet food are recalled for Salmonella each year. In fact, in just the last ten years, from 2010-2019, 150,000 tonnes of dry pet food were recalled for Salmonella. During that time only 2,000 tonnes of raw dog food were recalled. And with our vet industry keeping shtum on the threat posed by killer kibble (don’t know, don’t show or don’t care, pick one), humans can and do get hurt. In fact, from 2006-2016, 132 people were poisoned with Salmonella by dry dog food, half them toddlers under two years of age. During that time exactly ZERO were harmed by raw dog food. Not one. The very first suspected case was in 2018. Statistically, feeding raw is far, far safe, as evidenced by this colossal work by the University of Helsinki on raw pet food safety.

So yes, lacking anything by way of regulation, things are now very bad in the ultra-processed pet food world. Thixton took a look at 12 top selling ultra-processed foods, check out how badly they failed for the likes of pathogenic bacteria, mycotoxins and chemical analysis.

For more on this, please check out a popular article awhile ago called Nobody is Checking Pet Food Labels. Nobody.

While the dry food sector is very content to continue business-as-usual under these circumstance, the vets and scientists in the raw world, folk concerned for the optimum in their pets not the minimum, have decided to take matters into their own hands by creating RawSafe. RawSafe is an organisation focused on providing not only the best food for your pet (based on real scientific principles, such as species should consume the diet they evolved upon, until we know more) but also the safest. To achieve this they will conduct random, independent auditing of raw pet food manufacturers premises and products against standards agreed by veterinary professionals (the Raw Feeding Veterinary Society) and independent food industry professionals.

Now the safest way of feeding your pet just got even safer.

Can you imagine them ever doing something like this?!

The raw army marches on.