Ownership of the health profession is every multinational’s dream. To highlight this, let me give you two stories:

Highlighted back in 1997 by Parker-Pope of the Wall Street Journal, in a piece called “Colgate Gives Doctors Treats For Plugging Its Food Brands”, Colgate-Palmolive (CP) were the first multinational to realise the enormous potential in having a say in our vet universities. Via their recently purchased trojan horse Hill’s Science Diet, CP began their infiltration of our vet universities via cash handouts and numerous other incentives and schemes. You might say this was money very well spent with every vet now recommending their ultra-processed, cereal-based stuffs for your little carnivore.

Feeling a little putout,  the candy company Mars was not going to sit idolly by and let its share of the multi-billion industry slip through its grasp. No, no. A few years ago, Mars began its counter-attack.

Banfield were the absolute giants of the veterinary laboratory sector in the US. They produced the excellent State of Pet Health Reports, giving us key figures for the growth of various chronic conditions in dogs today, with possible causes and solutions thrown in there. And they are the ones to do it. Banfield has access to over 2 million dogs and half a million cats, a result of them operating more than 800 hospitals in 43 US states, as well as having more than 13,000 associates, including 2,600 licensed veterinarians. Moreover, they are relatively independent and relatively privately owned.

Last year, I wrote a piece called “Trust me I’m a vet” which highlighted the move by the candy company and now dog food manufacturer Mars Inc. when they first invested in Banfield back in 1994 and taking them over outright in 2015, for a mere $7.7bil, thereby adding Banfield’s 800 vet hospitals to the 900 it already owns. In a play described by some sources as “the fox guarding the henhouse”, unfortunately, we now lose Banfield as a reliable source of information on the current state of health of pets.

In 2015, Mars bought Blue Pearl, adding another 53 speciality veterinary hospitals in the U.S. to their portfolio.

Mars are continuing their aggressive move into the vet sector. January last year, we learned that they bought the animal hospital behemoth VCA Inc. for $93 a share, or about $9.1 billion, including $1.4 billion in debt. With VCA Mars Inc adds 4700 veterinarians and more than 750 animal hospitals to its portfolio.

And the takeover is gathering pace. In just a single week in June 2018, Mars acquired AniCura, owner of some 200 hospitals (including 4,000 vets) in seven countries (Austria, Denmark, Germany, the Netherlands, Norway, Sweden and Switzerland) to lead it’s expansion into Europe as well as  Linnaeus Group Ltd., which owns 82 veterinary clinics and five specialist referral centres to front its expansion into England.

On completion of the transaction, AniCura will … continue to pursue the expansion of its brand and high quality standards of medicine in Europe

And these are just the major buyouts. A single buyout of a veterinary hospital is not worth column inches. Who knows how many of them are going on. What we do know is that Mars are now undoubtedly the biggest corporation in the veterinary practice game. 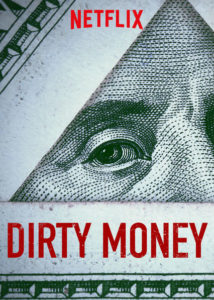 Why is corporate monopoly not a good idea, asides the very obvious?!

Here’s the second story. Anybody here ever heard of a US mega-company called Valeant? The 4th Episode of Dirty Money, called “Drug Short” (now available on Netflix, a must see), did a fantastic job of how this pharmaceutical colossus operated. In short, a group of investors went around buying up smaller pharma companies that had unique drugs in their ownership. They’d buy the company and immediately cease all spending on research & development thereby increasing bank reserves to buy more companies. Crucially, however, they would across the board drive up the prices of their one-of-a-kind drugs to the consumer. There was examples of people with life-altering conditions going from spending $30 a week on a few pills to $300,000 a year. They knew the insurance companies ultimately would be the ones to foot the bills, one way or the other, which of course is passed on to the consumer via policy hikes. They were so insidious they would buy up pharmacies to keep sending in prescriptions for their drugs. Since 2008 health insurance policies for Americans increased drastically year on year, making it unobtainable to millions. It’s a shocking watch, what people are prepared to do to so many of the most vulnerable people in society, all in the interests of making money for a handful of shareholders someplace.

When you own the supply you can do what you want with the prices.

How’s the Banfield buy-out working for everyone?!

When Mars owns you, you gotta tow the line. Vet John Robb found this out to his horror. A popular U.S. vet, he had been a Banfield franchisee for some time. Robb knows of the dangers of overvaccinating your pet. He was invloved with the passing of a rabies exemption law in Connecticut. To keep himself within the law, Robb only used half doses of virus vaccines in clients that were already adequately vaccinated, and only every three years, which covered him under Connecticut state law that required that pets be given a shot, just not with a certain amount.

If you know that you are going to inject a vaccine into a pet that has the potential to kill him and you know the pet doesn’t even need it, then you can’t do it ethically and morally, no matter what the law is

Reported in Dogs Naturally magazine, when Banfield found out, they weren’t happy:

Banfield sent letters to over 5,000 of his clients, telling them their pets had not been properly vaccinated and that they should be brought back to Banfield for boosters. They then officially took back ownership of Dr Robb’s practice, claiming he was not practicing veterinary medicine up to their standards…When Dr Robb heard of Banfield’s intention to revaccinate recently vaccinated animals, he showed up at the clinic and urged the pet owners to run a titer before revaccinating. Banfield had him arrested for trespassing and Dr Robb has now been banned from entering his former clinic

So who is Medivet?

Medivet is one of the largest chains of vet clinics in the UK, and they are growing rapidly, year on year. And they are a VERY successful company, financially speaking. In 2016, revenue was £52.198m. Gross profit was £24.522mil. During that one year alone they managed to increase their operating profit by a staggering 17.3%.

On top of their usual pursuit of independent veterinary practices, Medivet are now buying up veterinary supply companies and laboratories. In 2016 alone they bought out Complete Animal Care Ltd (suppliers of veterinary products) and took a 33% ownership in Lab Service Ltd (a veterinary laboratory).

In 2010, Panorama produced an undercover special on Medivet in 2010 called “It Shouldn’t Happen at a Vets“. They planted a journalist posing as a vet nurse in training in one of their branches. She revealed evidence of questionable bills, animals poorly treated, and an unrepentant vet struck off for dishonesty. They uncovered a lot of shady practices in one clinic including only using half packets of blood but billing for the whole (by the head people of the practice) as well as defrauding insurance companies with grossly inflated costs (unfortunately, BBC player does not work for us outside of the UK, legally…). The RCVS failed to prosecute the vet in question.

At the time of the Panorama show Medivet were turning over £23mil. Unperturbed by a bit of bad press, having just 2/5 stars on TrustPilot with high prices being a common complaint, just eight years later, Medivet managed to more than double their turnover to £52mil in 2016. In 2017 they secured another £20mil to buy more veterinary practices with the chief executive Dr. Arnold Levy proclaiming, “Last year we acquired over 50 new sites and this year we plan to attain even more”, bringing them up to 200 practices. By June 2018 Medivet was up to it’s 250th vet practice “with more clinics joining Medivet in the coming months“.

Corporate ownership of veterinary surgeries is a relatively new thing in this part of the world. It used to be that vet practices had to be owned by a vet. A few years ago the UK changed this ruling to allow corporations to buy and run clinics. Ireland allowed them in in 2017.

While Medivet, and many vet groups were quick to state this was just one practice examined and not reflective of the whole set up, which is a very fair comment, I think it’s very worrying that Panorama investigated ONLY ONE Medivet practice and found all this going on! That said, my vet friends run brilliant, fair establishments. They’re independents but even if these guys were to join a corporate system, I can’t see why this would change. If anything they might even operate at an even higher level. As was pointed out to me recently by a great vet (Mairead, Petcare Vets, Greystones, Wicklow, offers titres instead of annual boosters and is more than happy to support fresh-fed dogs) there’s not a thing wrong with private hospitals. In fact, truth be told, in many instances of malady, if you’re in Ireland or the UK  you’d rather be going to a private hospital than a public one. You pay for what you get.

Like an antidepressant behemoth trying to own the psychology sector, or a fast-food clown owning the nutritional information your doctor is to receive, the problem is when you hear from an insider that Mars Inc. are now sniffing around Medivet.

But I guess, if you can’t trust a multi-billion candy and pet food manufacturer with the health and well being of millions of pets, who can you trust?!

Expect to see vets worldwide move back to Royal Canin and other amazing Mars brands in the coming years.

Botanica, For Skin Conditions in Dogs